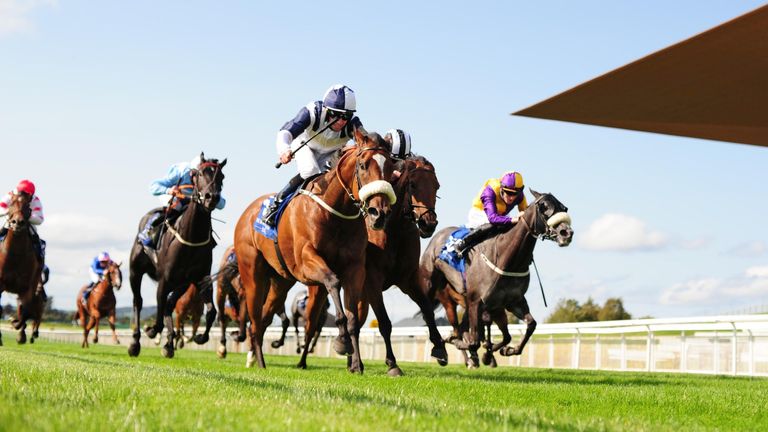 Top-class sprinting mare Glass Slippers is on course to make her belated return to action in the King George Qatar Stakes at Goodwood.

Kevin Ryan’s five-year-old has won three times at Group One level, landing the Prix de l’Abbaye in 2019 and both the Derrinstown Stud Flying Five Stakes and the Breeders’ Cup Turf Sprint last season.

She has not been seen in competitive action since the latter of those victories in November, having sidestepped May’s Temple Stakes at Haydock and missed an intended appearance in the Diamond Jubilee at Royal Ascot due to a pulled muscle.

Glass Slippers filled the runner-up spot behind the brilliant Battaash in the King George Stakes at Goodwood last summer and a rematch is on the cards.

Ryan said: “She’s great and is heading for Goodwood now. She’ll start her season down there.

“She just pulled a muscle and had to have a couple of days easy. We weren’t going to take any chances with her.