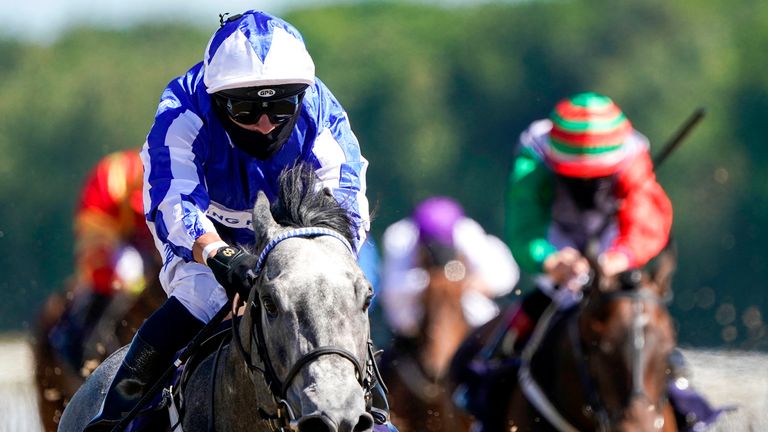 Art Power and Chil Chil are all set to take their chance against some of the best sprinters in the land in the July Cup at Newmarket on Saturday.

The King Power-owned pair, trained by Tim Easterby and Andrew Balding, respectively, could share the stage for the first time having had very different paths to this weekend’s Group One at flat racing’s headquarters.

Having burst onto the scene last year with three consecutive victories early in the season, Art Power has been knocking on the door at the top level, including finishing third in the Group One Diamond Jubilee Stakes at Royal Ascot last month.

Chil Chil has earned her shot at the big time after winning in handicap company at Newmarket and at Group Three level in the Chipchase Stakes at Newcastle.

Reflecting on Art Power, Alastair Donald, racing manager for King Power, told Sky Sports Racing: “We were delighted with the run at Ascot.

“It was a little bit frustrating thinking of what might have been had we been on the other side [of the track]. I think we’d have lasted a bit longer as it was definitely less favourable ground.

“The weather forecast is a little bit changeable for Newmarket so he may have to run on quicker ground which would be the first time we’ve seen him on it, which we’re not actually too concerned about. 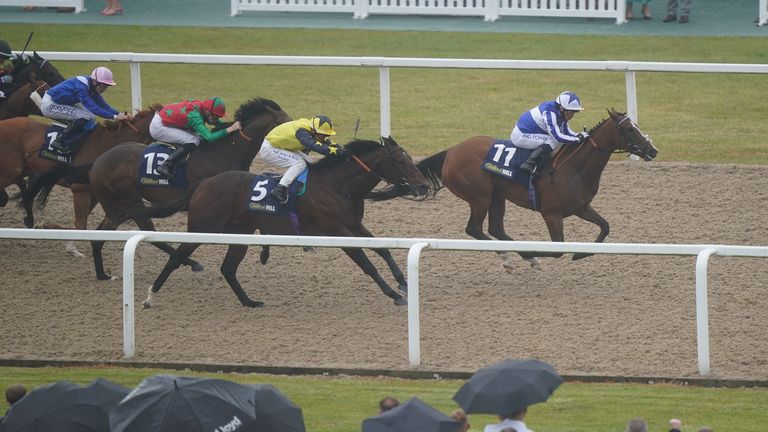 “He went to York at the start of the season needing the run and Tim [Easterby] said he’d really come on from that. He’s come out bouncing since then.

“Most of these sprinters get better with a bit of age and experience. He’s proved he’s knocking on the door and hopefully at some stage he’ll take his turn.”

On Chil Chil, Donald added: “We’re very excited, I just hope the rain stays away for her. She loves quick ground and a strong pace will really see her at her best. She won at Newcastle despite the quite deep ground.

“We think there’s further improvement in her and she’s an exciting filly in great form.” 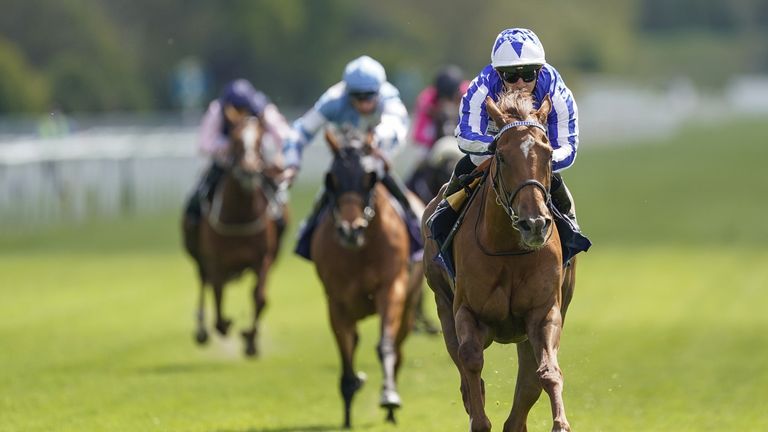 Also Newmarket bound is the Sir Michael Stoute-trainer Queen Power, who is one of the older mares set to line up against the best of the three-year-old fillies in the Falmouth Stakes on Friday.

On Queen Power, Donald said: “Her and Lady Bowthorpe have run twice against each other and there’s been a head separating them both times.

“She [Queen Power] did lose a shoe at Royal Ascot and possibly Indie Angel was on a very favourable strip of ground that day.

“They have to take on the three-year-olds, who get a very favourable weight allowance, but it will be interesting to see where these three-year-olds fit with these two older mares.”

Happy and Winter have Goodwood in mind Chil Chil’s stablemate Happy Power is heading to Ascot this weekend for the Group Two Summer Mile Stakes, having finished a place behind Art Power at the Royal meeting.

“His best trip is seven furlongs but there’s a real shortage of seven furlong options at the start and middle of the season,” Donald explained.

“He’s had to run a few times over what is not his ideal trip just because there hasn’t been a race for him.

“He ran great at Ascot. [The Summer Mile] is a wide-open race and we’re going to use it as a stepping stone for the Lennox Stakes at Goodwood over seven [furlongs]. Over an easy mile, round the bend [at Ascot] I think he’ll run a solid race.”

York winner Winter Power could head back to the Knavesmire on Saturday on route to the King George Qatar Stakes at Goodwood next month.

Tim Easterby’s promising filly was one of many front-runners to blow out after setting off too fast in the King’s Stand Stakes at Royal Ascot, setting the race up for eventual winner Oxted.

“There were four front-runners and between the two and the three [furlong marker] they were going too quick and the race set up for the six furlong horses out the back,” Donald said.

“She [Winter Power] is blisteringly quick. She thrived on racing last year so we might use York [on Saturday] as a stepping stone to Goodwood but her main aim for the season would be the Nunthorpe.

“She loves soft ground so that and the Prix de l’Abbaye de Longchamp would look the two races for her this year.”