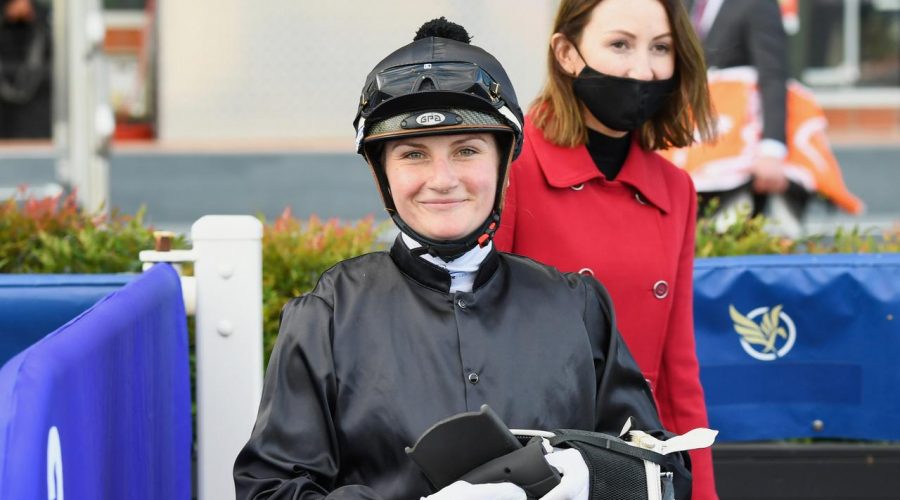 Top jockey Jamie Kah has been snapped up to ride South Australian star Behemoth in the Memsie Stakes (1400m) at Caulfield later this month.

The premiership winning hoop will be in the hot seat after the decision by Craig Williams to stick with one of the defending champion’s key rivals in the Group 1.

Williams had the first refusal to pilot the David Jolly-trained gelding, which is a $4 favourite with TAB fixed odds to win back-to-back Memsie Stakes on September 28.

He piloted Behemoth to victory in the same race 12 months ago as well as in the Sir Rupert Clarke but will instead continue his partnership with the Michael Moroney-trained Tofane later this month.

Williams linked up with Tofane for Group 1 victories in the Stradbroke Handicap and Tatt’s Tiara in Queensland during the winter and the mare is the $4.50 second elect for the Memsie.

“Craig was deciding between Tofane and Behemoth and I think given he won the two Group 1s on her over winter he’s decided to stick with the mare but we’ve secured Jamie instead,” Jolly said.

“It’s a reasonable back up and we are delighted to have her onboard.”

Behemoth returned in the best possible fashion this preparation despite needing a successful protest to secure the Group 3 Spring Stakes at Morphettville last Saturday.

Behemoth in the Spring Stakes at Morphettville. Photo: Atkins PhotographySource:Supplied

The Will Clarken-trained Beau Rossa was first past the post in the 1200m feature but stewards were quick to uphold a protest fired in by Behemoth’s jockey Kayla Crowther after her rival laid out into her running line.

It was the second time Behemoth has won the Spring Stakes after capturing the race last year before heading to Melbourne to win the Group 1 double in the Memsie and Sir Rupert Clarke Stakes.

Jolly will follow the same path this spring and believes his gun son of All Too Hard is in top order for another Group 1 assault.

“He has come through the run really good,” he said.

“We will probably just give him an easy week and maybe one gallop on Tuesday before he goes over but we don’t need to do too much with him.”

Beau Rossa was first across the line, but the big boy Behemoth wins on protest! 😶

Was the correct decision made? pic.twitter.com/z8UYdxwX3F