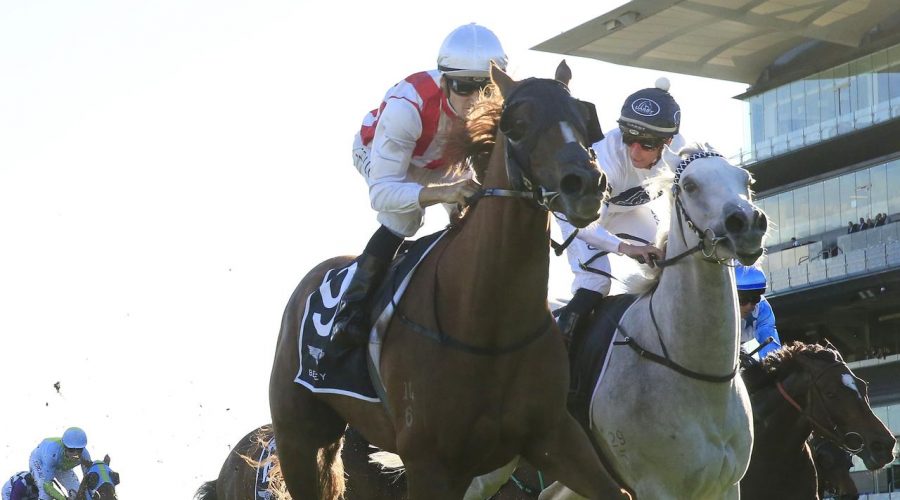 Randwick conditioner John Sargent has had his share of success during past Queensland winter carnivals and on Saturday he’s aiming to send his classy mare Emeralds to the breeding barn on a Group 1 high.

Of Sargent’s 23 black-type wins in Australia, six have come in the Sunshine State including Quintessential, his sole Queensland Group 1 winner, in the 2012 Queensland Oaks.

The daughter of Fast ‘N’ Famous also ran second in the Queensland Derby before returning a year later to win the Group 2 Eagle Farm Cup and Group 3 Chairman’s Handicap.

This year’s star performer for the stable has been Brandenburg which finished third behind the blue chip performance of Zaaki in the Group 1 Doomben Cup but Sargent believes that performance could be topped this weekend.

Emeralds heads to Queensland having not raced since finishing down the track in the Group 1 Coolmore Classic but it was the four-year-old’s first-up performance in the Group 2 Expressway Stakes (1200m) that has her trainer optimistic heading into the final Group 1 race of the Australian racing season.

“She’s a horse that has raced very well fresh in the past so what better way to set her up for her swansong,” Sargent said.

“When you go back through her career her best fresh runs were probably beyond 1200 metres so it will be interesting to see what she can produce over 1400 metres at a big suitable track like Eagle Farm.

“She’s got the right fresh form. Last prep she was third behind Savatiano and Kolding, that’s A-grade form.

“I’m just hoping the track isn’t rock hard. She just likes a little bit of give in the ground, that would be perfect.

“Jason’s (Collett) going up to ride her. He galloped her last Tuesday and he’s in love with her so all systems go.

“She’s spot on and I’m really happy with her going into it.

“She’s off to the breeding barn after Saturday for a date with Written Tycoon.”

TAB.com.au has Emeralds as a $51 chance in Monday’s all-in markets behind $4.50 favourite Tofane with Savatiano a $6 second pick.

While Sargent will farewell Emeralds following Saturday’s Tattersall’s Tiara (1400m), last week he welcomed back the filly that has claimed the mantle of the stable’s ‘top girl’ Four Moves Ahead.

The daughter of Snitzel races in the same colours as Emeralds, Pinecliff Racing’s white and red stripes with a white cap and Sargent is “excited” about what lies ahead for the rising three-year-old.

“She came back into pre-training on Friday,” he said. “She’s grown up and I’m really excited looking to the spring with her.

“She was the top filly in the autumn and I think she was more the three-year-old type doing it on raw ability rather than the natural two-year-old that can get left behind at three.

“She was also half a run behind after knocking her knee and having a cold during the autumn. If she had a straight run through into the Slipper, maybe she would have run third.

“She’ll probably just race against her own sex in the spring. The races in the Princess Series will be her targets.”

Originally published asEmeralds set up for winning swansong in Tiara