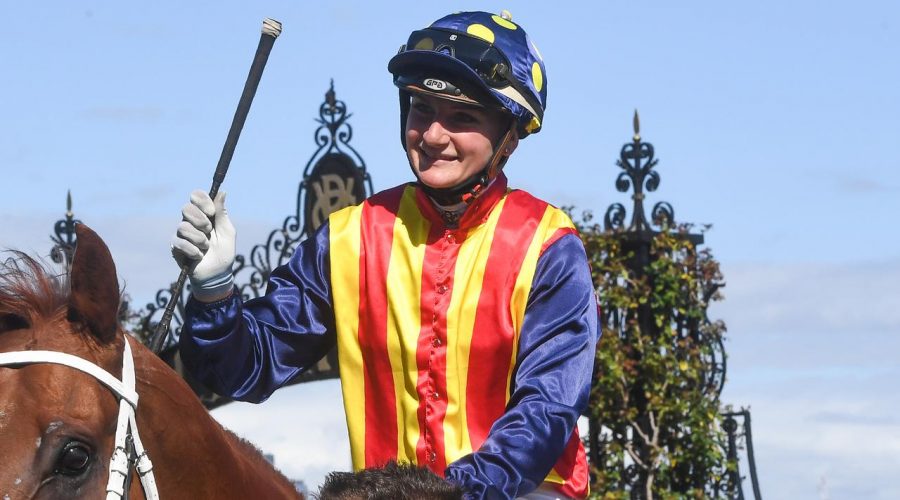 Jamie Kah is the undisputed queen of Victorian racing and will aim to transfer her dominance to Sydney where she will strive to break new ground with four Group 1 rides on Saturday.

Kah is the runaway leader in the Melbourne riding premiership – 26 winners clear of her nearest rival Damian Lane – but will embark on a new challenge as she travels north to the Harbour City on Saturday.

Kah has never ridden a winner at Randwick and has only one winner to her name in NSW from eight rides.

That was more than two years ago when she claimed the Group 3 Manion Cup at Rosehill on Midterm for leviathan owner Lloyd Williams.

But the hugely talented rider who has taken Melbourne by storm is aiming to leave her impact on Sydney as she chases her fifth Group 1 win.

“She suits (riding) 99.9 per cent of horses at the moment,” legendary jockey and Godolphin assistant trainer Darren Beadman said.

“It will be great to see her up here (in Sydney) performing.”

Plenty will be watching Jamie Kah when she rides on a big Group 1 day at Randwick on Saturday. Picture: NCA NewsWire/David CroslingSource:News Corp Australia

Kah rode sizzling sprinter Nature Strip to win the Group 1 Lightning Stakes in February but will be trying to spoil the party for the $3.60 favourite in the T.J. when she rides the Waller stablemate.

Other Victorian jockeys will be heading north on Saturday including lightweight rider Dean Yendall, who will be chasing his seventh career Group 1 when he rides three-year-old filly Forbidden Love in the Doncaster.

Group 1 Surround Stakes winner Forbidden Love, who has 49.5kg in the Doncaster, just scraped into the race and is rated a $17 chance to give the Golden Slipper-winning training combination of Richard and Michael Freedman another Group 1.

Michael Dee will also ride at Randwick on Saturday, linking up with Yao Dash for Gai Waterhouse and Adrian Bott in the Doncaster.

Meanwhile, wizard of the west Willie Pike will make another riding strike to Melbourne when he comes to town for the rich Showdown/VOBIS day at Caulfield on Saturday week.

At this stage, Pike is confirmed to ride the enigmatic So Si Bon in the VOBIS Gold Mile and Laverrod in the VOBIS Sprint.

Lindsay Park say So Si Bon has raced well for Pike previously, when finishing fourth in the 2019 Australian Cup.

Damien Oliver has been confirmed as the rider for Queensland mare Vanna Girl in the Group 1 Coolmore Legacy Stakes at Randwick on Saturday week.

Group 2 winner Vanna Girl, trained by Toby and Trent Edmonds, resumed in fine fashion recently when carrying 59kg at Doomben, rounding up her opposition and putting them away with ease.

Originally published asKah to show Sydney why she’s Melbourne’s No.1

April 6, 2021 Horse Racing Comments Off on Jamie Kah out to plunder Group 1 riches in Sydney at The Championships
NFL News