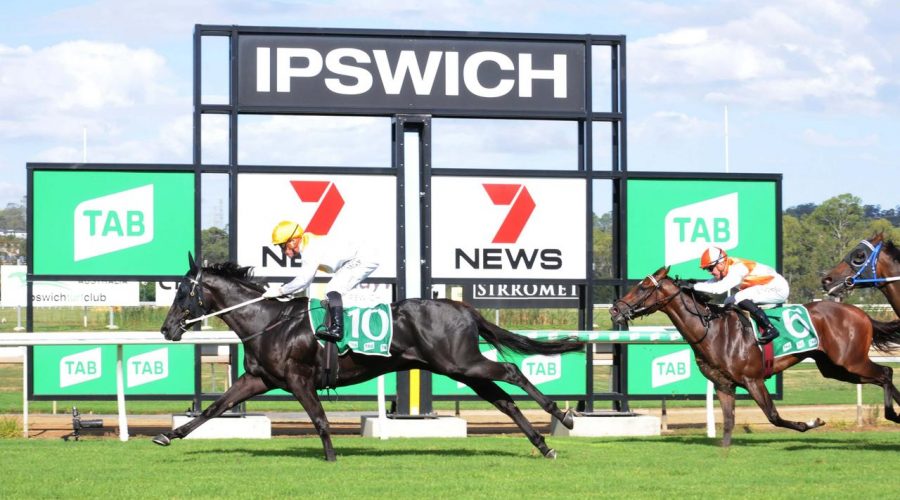 The twice postponed Ipswich meeting finally takes place though with field sizes reduced by scratchings, value will be hard to find.

The track is an improving soft (5) and with the rail out seven metres inside gates will have some advantage on the tight turning circuit which favours on-pacers.

These 800m flutters are an Ipswich speciality and gates play a vital role.

This is a competitive affair but Tony and Maddy Sears are a good team to follow at these smaller tracks and the resuming ILLICIATE AFFAIRS (1) has been readied for this by jumpouts. The Spirit Of Boom filly won on debut at Toowoomba and then found qualifying for the Magic Millions a bridge too far. No one rides Ipswich better than Jim Byrne and he will have ILLICIATE AFFAIRS (1) in control throughout.

LE RUBIS (3) won here two starts ago and wasn’t disgraced when fourth behind Sweet Dolly at the Sunshine Coast in the Jewel Prelude. From gate two with Michael Rodd she will get all the favours and is more seasoned than the others.

KINKY DREAMS (2) showed speed and bolted in on debut at Townsville over 1000m. She has drawn the outside of the small field but Justin Stanley has an outstanding strike rate in these midweeks.

ALBERT’S IN CHARGE (4) won his recent trial and with Ryan Maloney aboard the Edmonds stable will be expecting a good debut.

The other debutante SWANIC BOOM (7) has credentials on trial form, watch for support.

BETTING STRATEGY: Hoping to start the day positively with 2 units to win on ILLICIATE AFFAIRS (1).

A moderate lot but VIKING RAID (4) brings some solid form having won last start here in a 0-68 Handicap over 1200m on a soft (6), beating Hidden Eyes which subsequently put in a strong performance in Saturday grade. VIKING RAID (4) drops 2kg and is well placed in this company. The small field suits and Sean Cormack sit off the likely leader JINX’N’DRINX (3) and be strongest late.

JINX’N’ DRINX (3) wasn’t far away at the Sunshine Coast when resuming in a Fillies and Mares Benchmark 65. She improves second-up, will appreciate the extra distance, drops 3kg and with Taylor Marshall will be the leader for a long way.

ESKDALE GIRL (2) ran third to VIKING RAID (4) last start and meets him 2kg worse. A better gate and extra distance help and she has a good record at the track.

BETTING STRATEGY: No bet for me.

The Edmonds stable have a high opinion of EXCEL IN THE SUN (4) which looked above average when winning her maiden here. She won a recent trial and if she runs up to that will be too classy.

SWEET RHAPSODY (2) would prefer heavy ground but her form this time in has been strong with two wins from five outings, one being at this track and distance. At her most recent outing she was hampered at the start at the Sunshine Coast over 1000m before running on late. She is better suited here, drops 2kg and with a positive ride from Mark du Plessis can threaten the favourite.

NIAB (3) is resuming, has ability and adds depth to the field.

BETTING STRATEGY: Expecting EXCEL IN THE SUN (4) to win but will be at short odds.

Maiden to Class 1 is tough so I am going for the more seasoned ARRIVEDERCI ROMA (1) which has been racing well this preparation and was only beaten two lengths in a much stronger Class 3 over 1000m at the Sunshine Coast last start carrying 56kg. With Adin Thompson’s 2kg claim he is well weighted in this moderate field with 57kg.

SQUIRREL HUNTER (7) mowed them down at Sunshine Coast over 1000m to win his Maiden. He is bred for longer and may prefer a bigger track but shows promise. The strong speed will suit and if Jim Orman can keep in touch SQUIRREL HUNTER (7) could blow them away late.

LAMARCHE (10) is another that shows promise. He bolted in on a gluepot at Murwillumbah but conditions will be firmer here. He has been freshened, Michael Cahill rides and the stable is in form.

KOBANG (4) is coming off a maiden win at Gatton when odds-on favourite. This is harder but gate one helps and he has less convictions than most.

INSTABEATS (3) will lead them along from his good gate but he has had 26 starts and shown time and again that 1000m is his limit.

BETTING STRATEGY: Having one unit on ARRIVEDERCI ROMA (1) to win

Another moderate Class 1 Plate field gives SAKURA STAR (12) her chance. The Chris Munce-trained filly chased hard from a wide gate in a much stronger Class 1 at Eagle Farm last start and has been narrowly beaten at her past two outings here over 1200m. SAKURA STAR (12) has been up a while but she won her maiden over this trip and is perfectly drawn in gate two. With Justin Huxtable she can go forward and control the race.

VAPORIZING (4) disappointed last start when a long odds-on favourite in a Benchmark 60 at the Gold Coast following a maiden win over this trip. Tony Gollan has found an easier race here, Jim Byrne takes the mount and from gate three VAPORIZING (4) can make amends.

LOVING MISS (11) is resuming for the Edmonds stable and has had two trials. She is the highest rated horse in the race, won a Saturday class race as a two-year-old and is well treated with 56kg. Andrew Mallyon is in stellar form of late and whilst the outside poses challenges LOVING MISS (11) can perform well fresh.

CHARLIE SPHENE (5) is speedy and was unsuited at 800m here last start but still placed. His only win was at this trip and from a good gate with Ben Thompson he will be prominent for a long way.

BETTING STRATEGY: SAKURA STAR (12) is honest and deserves a win but can go around without me.

Fourteen acceptors with 123 starts between them for 18 placings are indicative of the quality of the field.

PATTI WAGGIN (8) was caught wide but battled on at Sunshine Coast last start over 1600m. At his previous outing he placed at Eagle Farm after leading for much of the trip. This distance will suit and with Les Tilley he can go forward and give a sight.

WINDUPGIRL (12) hadn’t shown much until she charged home late to place behind Delayed Launch at the Gold Coast over 1800m last start. By Puissance De Lune, this trip is right up her alley and whilst a bigger track would be preferred she can be motoring late.

ANACHEEVA LAD (1) has been around the mark at both outings since resuming and placed over 2150m here five starts back. He won’t find a much weaker field and Jim Byrne is a positive.

BETTING STRATEGY: Not for me

A good race with not much between the main chances which may see the best ride winning.

MISS SILKY (4) ran a bold race here last start when second in a Class 5 over 1680m and was only run down late. She is yet to miss a place in three outings here and with Ben Thompson will be near the speed for a long way.

SENRIMA TIDE (1) doesn’t win out of turn but has been very consistent this preparation and wasn’t far away when running third in the same race as MISS SILKY last start. Michael Cahill takes the mount and whilst SENRIMA TIDE (1) will get back he will be coming on strongly over the final stages.

MOOD (5) will enjoy getting out to this trip after a placing in small fields at both outings since resuming. From the inside gate she will get a good run with Mark Du Plessis and just has to present at the right time.

TOP ORDER (7) only won a Class 1 over 1800m last start but the manner of the win was dominant. He will get back but Taylor Marshall can have him charging late.

BETTING STRATEGY: Too many chances for me

A good Saturday Class run and then a drop back to midweek company in similar grade is a harbinger of success. SWEET SNITTY (1) ran a bold race when first-up for Cody Morgan and taking on a Saturday Benchmark 72. He has struck a strong field again but Leah Kilner’s 3kg claim helps as will the soft track. SWEET SNITTY (1) has won second-up previously and if she handles the tight Ipswich circuit will be hard to beat.

THE FIRST OF MAY (10) is having her first start for the Edmonds stable but comes off a Class 2 Highway win at Randwick over this trip. Her recent trial win was strong and the stable has a good record of improving these mares from Southern stables. With Jim Byrne from gate one she will get a perfect run behind the speed and be hard to beat.

The stablemate GRAND ZOU (3) became a racehorse after being gelded last preparation, winning three on end before finding 2000m too far at his last outing before a spell. He is a genuine Saturday class horse and whilst 1100m may be too short his class could carry him through.

BLUE ODYSSEY (2) was too good at Sunshine Coast last start following a comfortable Class 5 win here over this trip. With regular rider Tiff Brooker on board BLUE ODYSSEY (2) will go forward and be the one they have to run down.

RIVER ROCKET (5) recent form is sound placing at his past two outings over 1400m and his only win was at this track over 1200m. The 3kg claim for Sheriden Tomlinson helps and if RIVER ROCKET can find cover off the speed and improve from the 600m he will be hard to hold off.

IMITARI (4) wasn’t helped by a bad gate and poor getaway last start when resuming. He meets a similar quality field here but from a better gate with Ryan Maloney can show improvement.

TRIPTONIC (3) finally broke through last start. He rises in class, weight and distance but shows promise and will be running on.

BETTING STRATEGY: Not keen on the race.