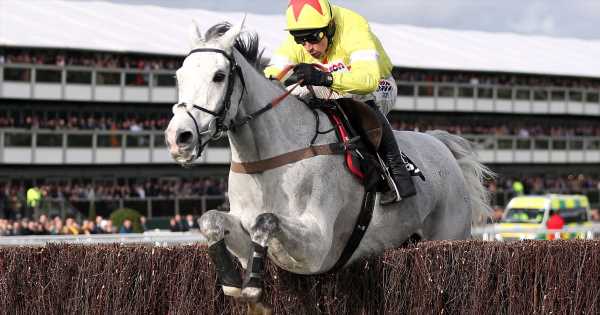 The stars of the two-mile chasing division will go to war on the second day of the Cheltenham Festival for the coveted Queen Mother Champion Chase.

Ten runners have been declared in this year's showpiece at 3:05pm – with Willie Mullins still seeking his first victory in the contest.

Meanwhile, the legendary Altior – a two-time winner of the Champion Chase – will not run in the race, his trainer Nicky Henderson confirmed on Monday.

But despite Altior as an unfortunate absentee, Chacun Pour Soi will still face stiff opposition in Nube Negra and last year's winner Politologue – with Kim Bailey's First Flow sure to add further spice.

Despite no runner in this year's race, Nicky Henderson is usually the trainer you want to follow in this contest. He has won an incredible five of the last ten renewals of this race including twice with Altior – (2019 & 2018) and Sprinter Sacre (2016 & 2013) as well as with Finian’s Rainbow in 2012.

A late non-runner in this last year, he is the red hot favourite this time around, looking to overcome Willie Mullins' terrible record in the race.

A strong travelling type, he has been better than ever this term, beating some of these in small field Irish Grade 1's with ease.

However, he has never run at the track and could be worth taking on at the price.

Given how he started life as a maiden over seven furlongs in Spain, it is a testament to Dan Skelton that he is even in with a shot in this race.

He has only run once this term, blowing away non-runner Altior in the Desert Orchid.

But that was so far above what he has done previously and it would have to be taken on confidence that he can repeat such an effort.

Made all in this race last year and despite that being a weak renewal, he did win authoritatively.

He also won the Tingle Creek this year and eight of the last ten winners of that race have gone on to take this.

However, he was disappointing when beaten by First Flow last time and may need others to underperform to be successful.

4. Put The Kettle On

As the sole mare in this field, she gets seven pounds from her rivals here.

She is as game as they come and loves Cheltenham, unbeaten in her three starts at the track including last year's Arkle.

She is ground versatile and is on better terms with Chacun Pour Soi than their meeting at Leopardstown last time out.

He has taken his form to a completely new level this season – winning six on the spin.

He was particularly impressive last time out when beating Politologue in the Clarence House, running everything else into the ground.

Definitely wants plenty of cut in the ground, however, and looks unlikely to get it.

So often the bridesmaid over the larger obstacles, it was pleasing to see him win last time out.

The form of his Welsh Champion Hurdle win is rock solid as well.

Place claims here but, again, may not have enough to win.

Willie Mullins' other runner, he has only been seen twice since finishing fourth in last year's Champion Hurdle.

Both occasions have been small field Graded chases in Ireland, winning one and beaten cosily by a stablemate in the other.

Would be a surprise if he were up to this vastly different challenge.

Bolted up in a handicap here in October, although his form generally is quite in and out.

He would want the ground as quick as possible, but regardless may not be quite up to this.

Followed Chacun Pour Soi home the last twice, both times seemingly not quite enough pace to match the winner.

He has also run poorly both times at Cheltenham, particularly in last year's Arkle.

Improver for top trainer, he has only run in seven chases so there could be more to come.

Despite that, his performance last time out behind Sceau Royal indicates that perhaps he is not quite up to this level yet.

March 16, 2021 Horse Racing Comments Off on Here’s our verdict on Wednesday’s Champion Chase clash at the festival
NFL News