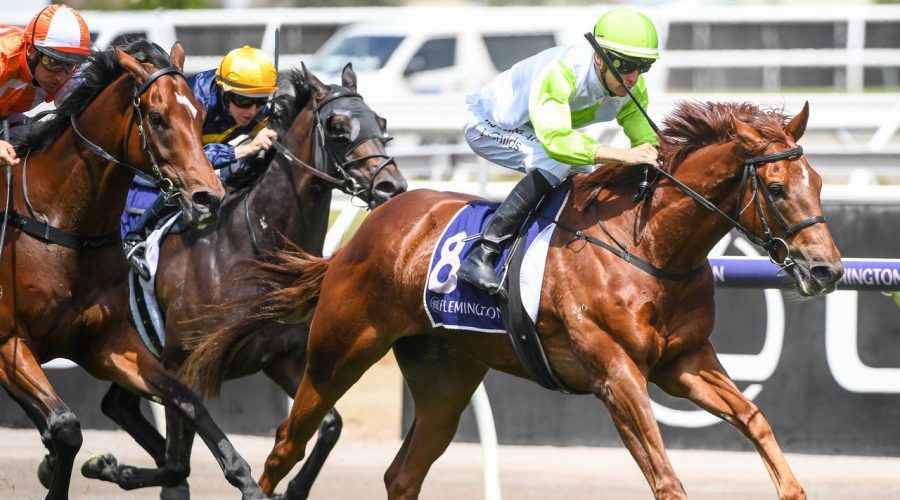 Team Gelagotis is banking on the brilliance of champion jockey Kerrin McEvoy in Long Arm’s bid to upset the “freak” Tralee Rose in the Group 2 Adelaide Cup (3200m) on Monday at Morphettville.

It is hoped a 3.5kg swing in the weights may help McEvoy conquer a barrier (17) predicament.

Peter Gelagotis stable manager Manny Gelagotis made no secret of the riding instructions.

“We’ve got the best rider on, he’s just going to have to find a way,” Gelagotis said, of the three-time Melbourne Cup and The Everest-winning jockey.

“The horse is in great order … we would be very confident if he had drawn a really good gate.

“We need a lot of luck and a McEvoy special.”

The Lord Reims Stakes has produced four winners of the Adelaide Cup the past 30 years, but none since 2001.

The Symon Wilde-trained Tralee Rose looks poised to defy the Lord Reims drought, having won the Listed Bagot Handicap (2800m) at Flemington at her previous start by a widening seven lengths.

Barrier quandary aside, Gelagotis is happy to chance his arm as the spoiler.

“If she drew barrier four and we drew barrier five I’d be really happy to find out who’s the best horse, if she’s a freak, that’s fine,” Gelagotis said.

“If she does it again Monday, we should all be convinced she’s going to be a worthy stayer in the future, in the big majors.

“I just want to have a really good look at her when she gets under pressure.”

Regardless of the result, Long Arm will be spelled after the Adelaide Cup, despite being nominated for the Group 1 Sydney Cup (3200m), to prepare for the Melbourne spring carnival.

His rise as a Cups hopeful has come at the perfect time for the Gelagotis brothers, having farewelled “marquee horses” in recent years, including Mourinho, Malaguerra, Levendi and Illustrious Lad.

“We always had a good horse in the stable,” Gelagotis said, of the decision to take a punt and wade into the international bloodstock market.

“So we had to go the other way and try and find one.

“Thankfully, this guy has come along and keeping our name in the good races, that’s what you need when you’ve got a country stable like ours.”