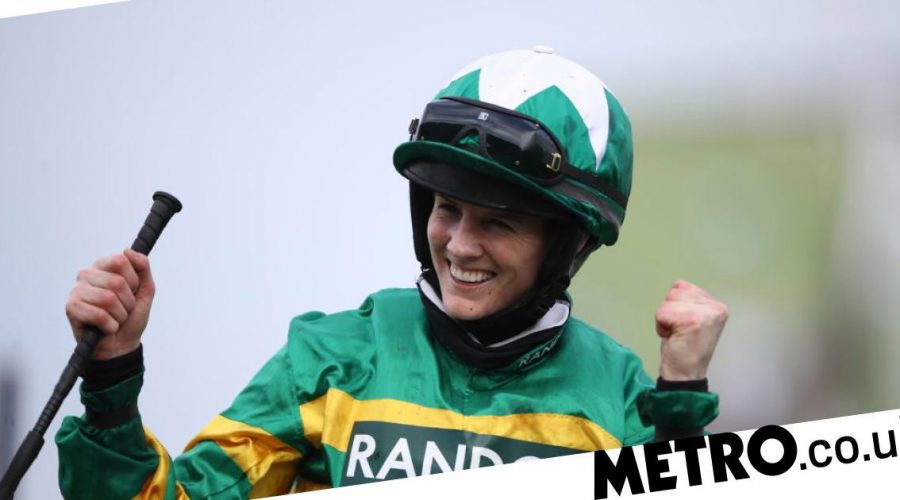 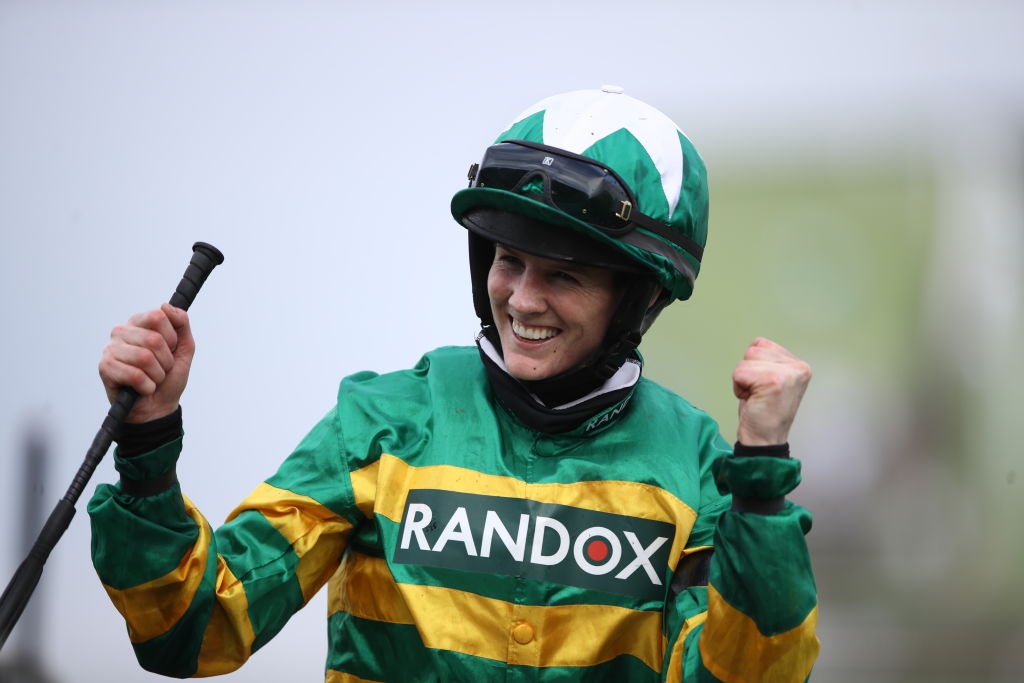 Grand National winning jockey Rachael Blackmore has been rushed to hospital with a leg injury following a fall at Killarney.

The 32-year-old, who became the first female winner of the Grand National in April, suffered the injury when she was thrown from favourite Merry Poppins during the 3:25 race in Kerry, Ireland.

‘Rachael Blackmore is being taken to Tralee Hospital for further assessment on an upper leg injury following a fall in Race 4 at Killarney,’ a statement from Dr Richard Downey at the racetrack read.

‘She is fully conscious.’

Kevin Ryan, reporting at the course from Racing TV, said: ‘Rachael has been moved into the ambulance and taken to hospital with an upper leg injury.

‘She is fully conscious and can move everything. She had to be stabilised by the on-course medics before she could be moved.’