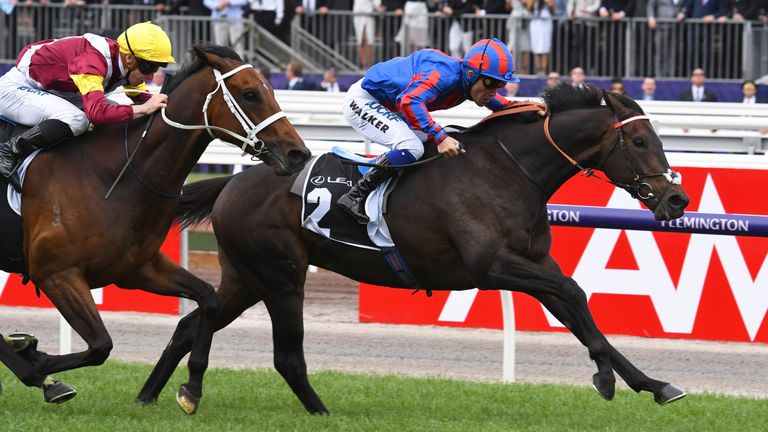 Charlie Fellowes believes the changes to Melbourne Cup qualification criteria will make it “nigh on impossible” for European-trained horses to compete in Australia’s greatest race.

A series of new measures are to be brought in to combat what officials felt was an unacceptable rate of injuries and fatalities – mainly to overseas contenders.

The number of international horses permitted at the Werribee International Quarantine Centre will be limited to 24 – down from 42 in 2018 – and those horses will be allowed just one run in Australia before their Cup challenge.

They will also have to undergo a series of tests before travelling, at their owners’ expense, have tests once they arrive in Australia and comply with pre-race checks while in quarantine.

Any horse who has suffered a previous fracture will be denied the opportunity, as will those who have undergone orthopaedic surgery.

Fellowes has enjoyed great success with Prince Of Arran in Australia, who has been placed in the race three times as well as winning the Lexus Stakes and the Geelong Cup.

He said: “I completely understand that changes had to be made. I get that this wonderful race is under pressure from animal welfare groups, which I have seen at first hand on my trips.

“Yes it is a minority, but we see them when we do the parade and something had to be done. For that, I feel very sorry for the RV (Racing Victoria) and the organisers because they’ve been put between a rock and a hard place.

“However, I feel they have been brutally unlucky and I worry that the measures outlined in the report that European-trained horses are going to have to pass are basically impossible.

“There are a few parts in the report that actually don’t make sense, and I feel incredibly sad that it will now be nigh on impossible to take a horse down there – and I have loved every minute of my trips to Australia.”

Fellowes fears it could have a major impact on the number of horses leaving the UK to race permanently in Australia, too.

He added: “I think it is potentially disastrous for European trainers, because any horse deemed good enough to run in the Melbourne Cup will now be realistically moved to Australia to race – where they will not have to go through the same veterinary checks that they will if the same horse is with a European trainer.

“So, it will result in us losing more horses. John Gosden’s comments recently of Britain turning into a nursery for other racing jurisdictions rings even truer this morning – and I think it is a very sad day.

“It really is the most wonderful race and it is incredibly sad what has happened. I believe there are other changes which could have been made that haven’t, that wouldn’t have restricted Europeans going there and would have helped prevent further injuries from happening.

“Look at Royal Ascot this year without the Australian sprinters. When they come they add so much to the meeting – and when they don’t it is to the detriment of Royal Ascot. That is why Ascot have a team who go around the world trying to get them to come and race in England, which is welcomed.

“It is very sad that it will not be happening to the Melbourne Cup.”