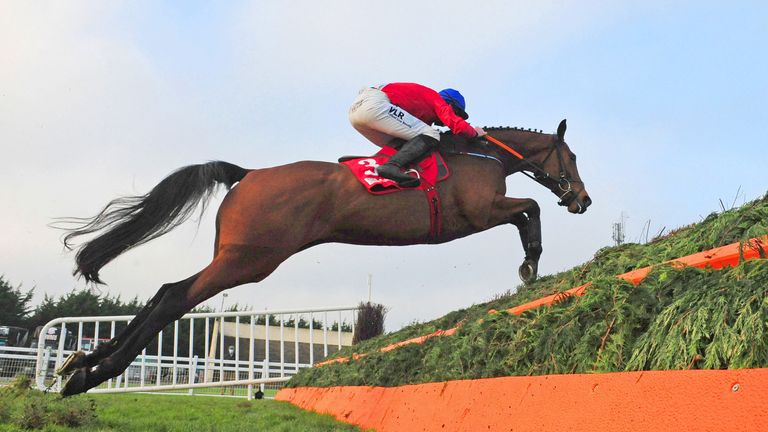 Envoi Allen could be the star attraction at Punchestown on Sunday after appearing among 11 entries for the Sky Bet Killiney Novice Chase.

The Cheveley Park Stud-owned seven-year-old is arguably the most exciting National Hunt horse in training, having won each of his 10 starts to date, including a pair of victories at the Cheltenham Festival in the Champion Bumper and the Ballymore Novices’ Hurdle.

Gordon Elliott’s charge has made a smooth transition to fences this season, most recently producing a foot-perfect display in the Drinmore Novice Chase at Fairyhouse – and having sidestepped the Christmas action, he is set to return in this weekend’s Grade Three contest.

Elliott has back-up in Andy Dufresne and Conflated, while the Willie Mullins-trained Asterion Forlonge could bid to bounce back from a fall in the Grade One Faugheen Novice Chase at Limerick three weeks ago.

Caspian Caviar Gold Cup winner Chatham Street Lad would be a fascinating contender for Mick Winters, although he is expected to run in the Dan & Joan Moore Memorial Chase at Fairyhouse the previous afternoon.

Grade Two honours are up for grabs in the Sky Bet Moscow Flyer Novice Hurdle.

Willie Mullins has saddled a record seven previous winners of the race, with Mikael D’Haguenet (2009), Vautour (2015), Douvan (2015) and Min (2016) among the Closutton stars to have claimed victory.

This year Mullins has three contenders in Echoes In Rain, Ganapathi and course-and-distance winner Power Of Pause.

Gordon Elliott has landed the last two renewals with Felix Desjy and the aforementioned Andy Dufresne. The master of Cullentra could chase the hat-trick with either or both of Joseph Conrad and Magic Tricks.