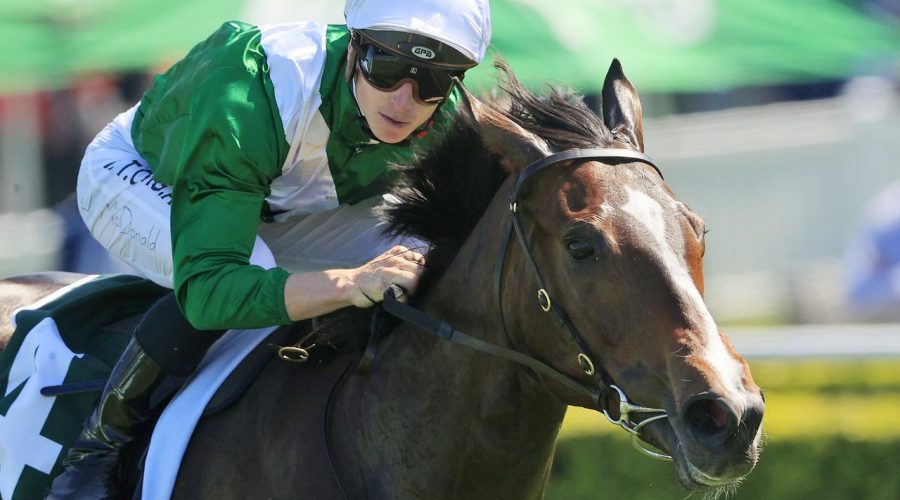 One-time Golden Slipper favourite Enthaar won’t head to Sydney for the $3.5 million sprint with the Ciaron Maher and David Eustace stable likely to spell the speedy filly and focus on the spring.

Enthaar was a hot favourite for both the Slipper and Blue Diamond but was unable to live up to expectations in the latter last month following an energy sapping front-running effort.

The daughter of Written Tycoon went out hard before fading late as favourite in the Group 1 feature at Caulfield, finishing sixth.

The stable had considered running in the Golden Slipper as an ‘unlikely’ proposition before Ciaron Maher confirmed the stable’s decision to bypass a Sydney campaign on multiple radio networks on Tuesday.

His co-trainer Eustace said Enthaar had felt the effects of her tough Blue Diamond run but more Group 1 targets await the filly later this year.

“It was a very, very hard run the other day obviously and we know how difficult it is to get two-year-olds to peak twice, particularly off a run like that,” Eustace said.

“We will look to save her for the spring and I think there is a fair chance that a race like the Moir Stakes, as a three-year-old filly would be suitable.

“She obviously looks built for speed.”

Enthaar burst onto the scene in the first two-year-old race of the season last October.

She firmed into the $9 TAB.com.au favourite for the Golden Slipper following a slashing performance on debut to claim the Group 3 Gimcrack Stakes.

The classy filly was into $4.50 odds when she did it easy to claim the Group 3 Chairman’s Stakes at Caulfield on January 30 but had drifted out to $17 when she was removed from the market.