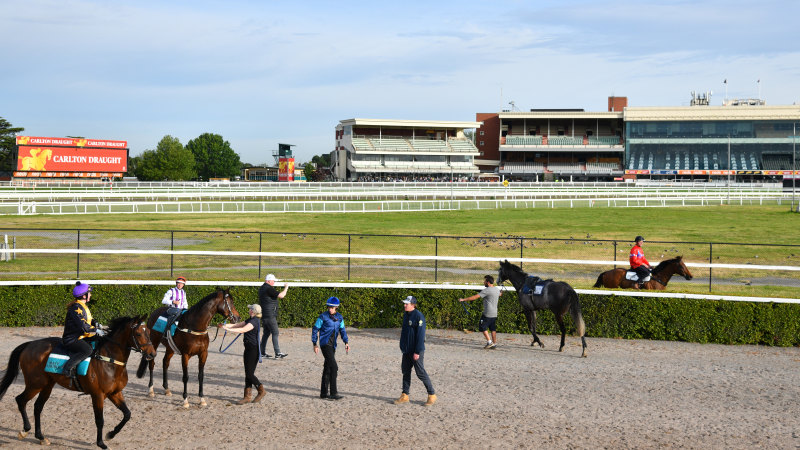 The rescheduling of the Zipping Classic to the end of November was “a risk worth taking”, according to the Melbourne Racing Club, as it attempts to attract interest in racing during a quiet spot on Victoria’s busy sporting calendar.

Having had their provocative suggestion to run the Caulfield Cup at the end of November last year rebuffed by Racing Victoria, the two parties agreed to run the Zipping Classic, Sandown Cup, Eclipse Stakes and Sandown Guineas on the last Saturday of the month this year. 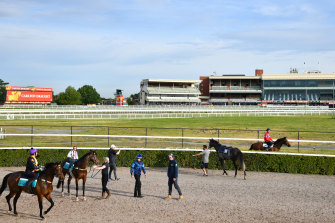 The last official jump-outs at Caulfield on Tuesday ahead of this weekend’s Zipping Classic.Credit:Getty Images

The Zipping Classic – a race worth $750,000 this year – has previously been run on the Saturday immediately after Melbourne Cup week but the Cranbourne Cup was held in that timeslot this year with the Ballarat Cup run last Saturday.

The MRC’s director of racing and operations Jake Norton said the enthusiasm for the meeting was strong with Cup placegetter Spanish Mission the drawcard in the Zipping Classic, Surprise Baby returning for the Kevin Heffernan Stakes and highly rated Brigantine and Port Louis battling it out the Sandown Guineas.

Norton was relieved at the quality of the fields particularly, with increased prizemoney the lure for runners, as the club was aware that pushing the meeting back heightened the chances all the spring carnival runners would be spelled.

“There was some risk with participation in the races but, to be honest, they have not been hugely competitive or deeper fields where they have been in the past few years,” Norton said. “We thought it was a risk worth taking.”

With Caulfield members, like all racegoers, starved of opportunity to attend the track, Norton hopes for a strong crowd, with Sandown not as attractive a destination for racegoers in recent years.

Evaluation of the race-day’s success will be based on crowds, wagering and the rating of the races, but the change does not appear to be a one-off with Norton saying the plan is to retain the position at the end of November.

“At this point it has been a positive response,” Norton said.