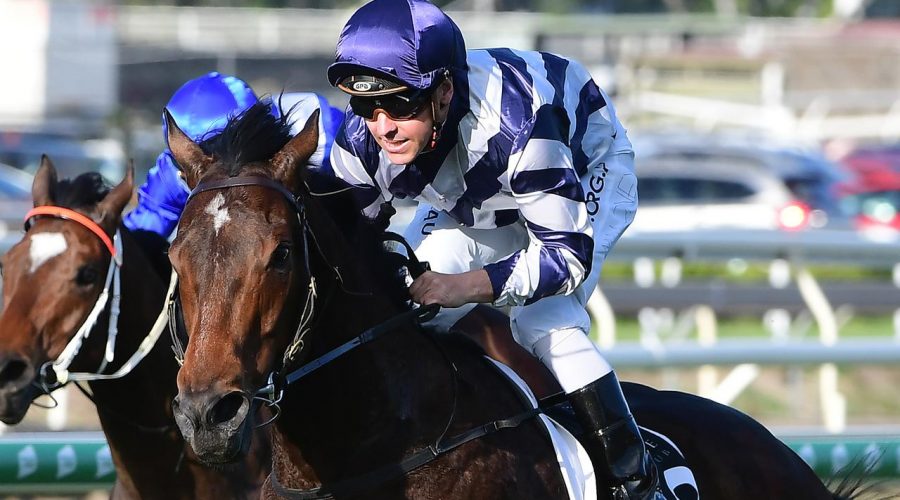 David Vandyke sees a silver lining to the washed out Sunshine Coast meeting on Saturday, saying his much-improved Desert Lord will appreciate being able to race at his home track on Sunday as opposed to Grafton during the week.

With a deluge of rain hammering southeast Queensland last week, Vandyke scratched Desert Lord from the Listed Glasshouse Handicap with an eye towards Grafton’s Ramornie Handicap on Wednesday.

After officials decided to reschedule the entire Sunshine Coast meeting to this Sunday, Vandyke made the decision to keep Desert Lord for another crack at the Glasshouse.

“I didn’t like to see our feature meeting postponed but it was certainly good news for Desert Lord because he can take his place in the field in what should be a better surface,” Vandyke said.

“It is a better race than Grafton’s. It is 1400m, his home track and I think it is ideal for him. He actually will be better three weeks between runs instead of two I think.”

The installation of the Sunshine Coast’s new synthetic track could not have come at a better time for Vandyke, who said Desert Lord relished his opportunity to work on it on Monday morning.

With inclement weather around, the all-weather surface will be a lifesaver for connections who are looking to stay off rain-soaked turf.

“The new synthetic track opened on Saturday and I am very optimistic about the future and it is one of the best all-weather tracks I have worked on,” Vandyke said.

David Vandyke will keep Desert Lord at home for the Glasshouse Handicap on Sunday. Picture: AAPSource:AAP

Expected to get in with just 54kg in the Glasshouse, Vandyke said lightweight jockey Mark Du Plessis will replace Ryan Maloney, who is unable to make the weight.

The former Sydney galloper has thrived since being in Queensland and comes out of a dominant Class 6 victory on Ipswich Cup day but Vandyke said stepping into the Glasshouse presents a different set of challenges.

“He went into that a bit soft and he was dominant I thought, he didn’t have everything his own way,” he said.

“He had to go wide before the corner, it was a very good win but I am under no illusions because The Glasshouse is a big step up from a Class 6.”

Vandyke also reported boom three-year-old Orbisyn is expected to return to his stables later this week with a return to racing pencilled in for Saturday, September 11 at Doomben.

“It will be a nice race for him, it is a no metro win race and he gets in with 56kg so Ryan (Maloney) can ride him,” he said.

“We will make plans from there with him, I saw him last week and he looked good.”