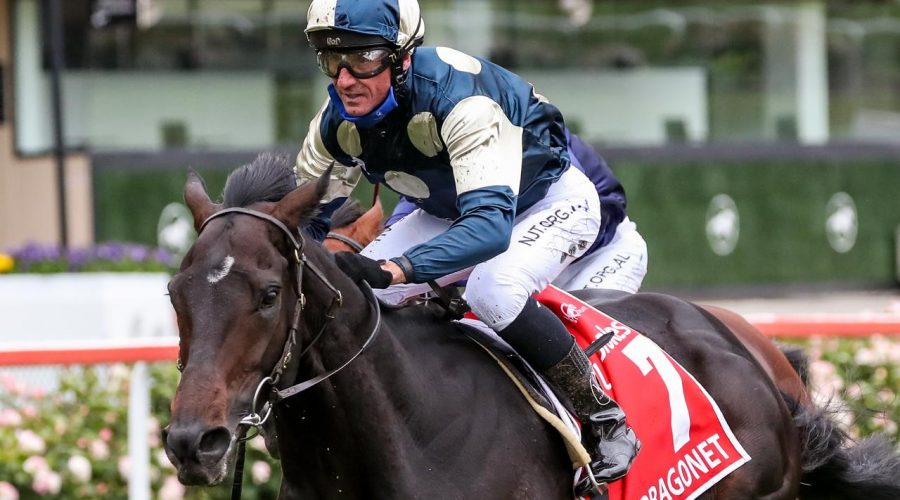 The previous two All-Star Mile winners Mystic Journey and Regal Power are also among the 23 Group 1 winners entered for the event, which will be held at The Valley on March 13.

Caulfield Guineas winner Ole Kirk is also among the entries as is the Queensland cult galloper The Harrovian, the winner of his last 11 starts.

Verry Elleegant is one of seven Chris Waller-trained runners among this year’s All-Star Mile entries along with stable stars Funstar, Humidor and Kolding along with class three-year-old filly Hungry Heart

Peter Moody has nominated exciting three-old colt Glenfiddich while Kiwi star Melody Belle has been entered for a crack at improving on her third in last year’s race.

Queensland cult galloper The Harrovian is one of 83 entries for the 2021 All-Star Mile. Picture: Trackside PhotographySource:The Courier-Mail

Victorian trainers have entered 43 All-Star Mile hopefuls while all six Australian states are represented in the entries.

All-Star Mile voting begins on January 22, giving racing fans the chance to pick to of the 15 runners.

The remaining five runners will get into the All-Star Mile via qualifying races and Racing Victoria wildcards.

Connections of the 83 runners paid a $500 entry fee for the All-Star Mile, which means $41,500 will be donated to the Royal Children’s Hospital Good Friday Appeal.

Originally published asVote for us: 83 looking to become an All-Star