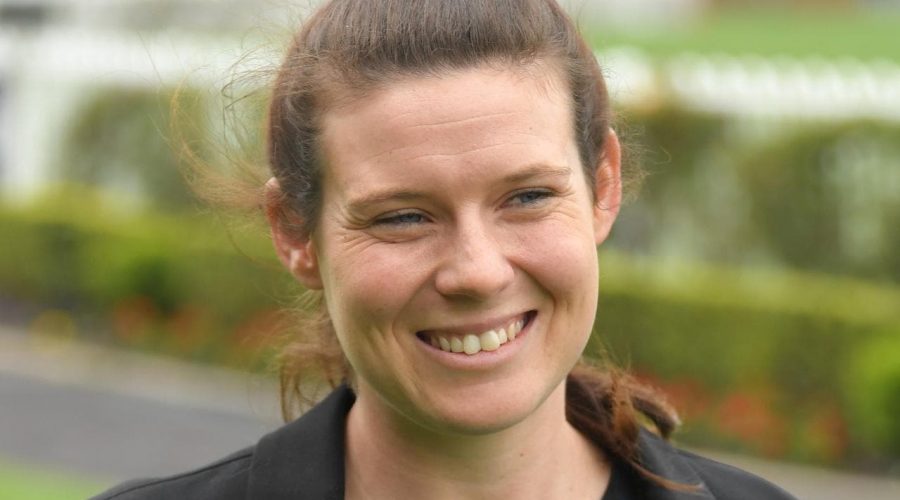 The lure of Showcase level prizemoney across three ideal races was an offer too good to refuse for Goulburn trainer Danielle Seib to head out to Coonamble for the first time.

Sieb arrives in the central west on Sunday with a trio of in-form horses, namely 40-start veteran Mr Kylin, fleet of foot five-year-old Full Of Fire and up-and-coming two-year-old, Almahero.

Sieb’s Al Maher gelding Almahero made his debut in the Breeder’s Plate, finishing down the order behind subsequent Magic Millions 2YO Classic winner Shaquero.

A third to the handy Super Riff followed in the last days of 2020 before a barnstorming return run at Wagga in mid-April.

The $30,000 Inglis Classic Yearling purchase’s most recent runs included a luckless 11th in the Inglis 2YO Scone Challenge and a brave second back home at Goulburn 13 days ago.

Sadly, Almaher’s unwanted record of drawing wide barriers remains intact with the gelding coming up with gate 10 in Sunday’s mission.

“He has no luck this preparation with the barrier draws,” Seib said.

“All three starts he has drawn outside gates.

“I think as he goes up in distance he will settle handy but ideally we would just like to see him ridden with cover which has been difficult.

“This is just another opportunity to expose him to racing and a trip away and hopefully he can knock the maiden status off and we can tip him for a good spell.

“He certainly seems to be a progressive type who will get better with age. He is bred to get further in time being by Al Maher.’’

Full Of Fire, meanwhile, is all but guaranteed a better showing out west than his fading first-up fifth at Goulburn on June 7 given his compelling second-up record.

“He won for us second-up last preparation,’’ Seib said.

“And he needed that hitout at Goulburn. He just raced a little bit keenly with the claiming apprentice on board. Nick Heywood has a ride on him for a win before, albeit it’s 1100m on Sunday, but it’s a lot weaker race than his last start so he is in with a good chance.’’

Seib stands a tremendous chance of taking out the feature Coonamble Cannonball with her blue blooded gelding Mr Kylin.

The six-year-old is a son of More Than Ready out of Exceptionally, who won the VRC St Leger and placed in two Sandown Classics (one to Zipping), a Bart Cummings Handicap, Herbert Power, Lexus Stakes and the Geelong Cup behind subsequent Melbourne Cup winner, Americain.

“He is better suited stepping up to 1100m and he gets in really well at the weights,’’ Seib said.

“His performances in races like the one at the Gold Coast (the Magic Millions Country Cup) and in an Open Sprint at Canberra suggests he is more than capable of winning a race of this calibre.’’

Very well bred gelding who bolted in to win his maiden on the Heavy 8 at Dubbo 16-days ago. Can progress now.

Ran in the Breeder’s Plate on debut. Been hampered by wide draws in his short career but has the talent to win better races in time.

Has run creditably in superior company than today’s Cannonball and looks pitched in on the 53kg.

Nick Heywood has a great book of rides at Coonamble including Almahero in the opener.

Nick Heywood can start the day with a winner. Picture: AAPSource:AAP

Almahero was thought highly enough of to run in the Breeders’ Plate last year and while he only beat one other home, it was a Breeders Plate. The Al Maher gelding has placed at two of his next four – one of them to Supper Riff – but wide barriers haven’t helped his cause. Go well here. All I Wish For wasn’t tested at any stage when he finished third in his trial. Looks a racy type of horse from a good yard. Cherry Blue has a great pedigree/market watch advised.

Spritza Seritza was $10 to $14 when she resumed at home at Scone in an 1100m maiden. She ended up running second to Lady River who has since come out and won again – easily. That does look like strong form and you would think she gets a great run for Bucko from barrier three. Spirit Of Pluto has finally come up with a decent draw bearing in mind that he has started from the outside barrier at two of his three career starts. Mum’s Choice trialled better than it looks.

My Khaleesi is building up to a win. The Cameron Crockett-trained grey daughter of Sebring has run four times this preparation and each one was better than last. She absolutely flew home to run third at Dubbo on the Heavy 8 on June 4. Anxiety has just one third placing from 10 starts but that’s all about pattern. Should things go her way, tempo and general luck-wise, she is a red-hot chance. Happy Az turned in a career best run at Dubbo in the My Kahleesi race 16 days ago.

Former Victorian mare (Hayes/Dabernig) Legal Zou has only been with Brett Robb and Dubbo for two of her 11 starts and has already posted a PB. The daughter of Zoustar absolutely bolted in to shed her maiden status at Dubbo on June 4 on the Heavy 8. This is a Class 1 but it doesn’t seem to have a lot of depth to it. Split showed that he has come back well with that very close second at Scone at the start of the month. Rusty Hawk will be strong late.

Tenango is another horse racing on the card that ran it’s best start at it’s last start. This Mudgee-trained son of Stratum landed some big bets when $2.20 into $1.90 winning a maiden at Wellington on May 30. Hasn’t been seen since but is in good hands. Miss Efficiency was emphatic winning her maiden at Muswellbrook 15 days so she has the advantage of having had the recent run. Half Hinch is a bit hot and cold but runs well when she draws well.

Oakfield Romance is a big chance to be in a race at Kempsey. Whether she goes there or heads west to Coonaamble, she is a massive player in either race. Tell Tails led throughout to win a Class 1 at Dubbo on June 4 by almost five lengths – pulling up. Harder here of course but she has a favourable draw again. Full Of Fire probably went out a bit too hard there at Goulburn first-up. Fitter now and has a senior rider going on. Respect Fox Spirit.

Bet: Oakfield Romance win or if scratched and goes to Kempsey, Full Of Fire place.

Mr Kylin ran in the Magic Millions Country Cup on the Gold Coast three starts ago and while he finished 15th of 16, he was only three lengths from the winner. Fast forward to May 28 and the Danielle Seib trained gelding was his usual brave self when fourth in a 1000m BM66 at home. He is probably the weight horse of the day. Dreaming For More ran fourth in a Highway just prior to another top run at Newcastle on June 5. Good Time Charlie is a big improver. Nearly fell in the Lightning then went back and won a trial with a leg in the air.

Wow, seven horses in this field all went around in the same race at Dubbo on June 4 won by Fanmalia. Kudis to her on the win but methinks the third placed Ollivander has the wherewithal to make up that length deficit and thus turn the tables on the Rodney Northem trained gelding. Kody Nestor’s Toulon Factor was fourth in the June 4 lead up to this and gets 3kg off again thanks to the claim. The Scotsman beat Ollivander three starts ago.