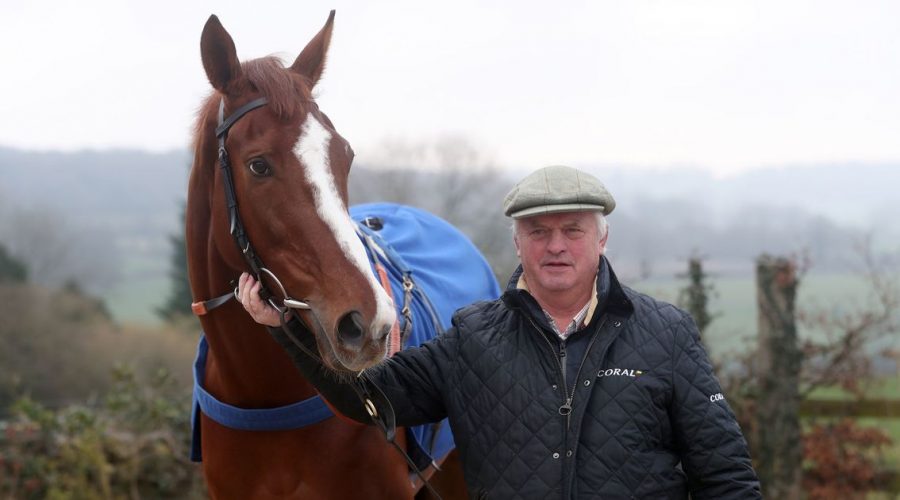 Colin Tizzard has revealed he is set to saddle his final runners at the Cheltenham Festival next week.

The Gold Cup-winning trainer plans to hand over the licence at his Dorset stables to his son Joe by the end of the season.

Tizzard senior said the time is right for a change, just over a week ahead of Native River's bid to regain his 2018 Gold Cup crown.

"I don't fancy Colin and Joe (as joint trainers)," he said.

"I'm 65 and it won't change anything. I'll still argue with him every morning.

"He deserves a go and you don't want to leave it too late in life. He's been doing a bloody good job."

Tizzard has won many of the major National Hunt races over the years, with nine-time Grade 1 hero Cue Card taking a starring role.

Operating with a full licence since 1998, he has also trained top level scorer Thistlecrack, who recently retired after 25 races under Rules.

"I don’t want to wake up every morning worrying about horses all the time," Tizzard added.

“I might want to take the wife away to New Zealand and places like that which I’ve not been able to do as I’ve been doing the horses the last 25 years.

“As soon as he has done his modules (Joe will be on the licence). He should be on by next season."

Tizzard hopes he will celebrate a winner with his name on the racecard for the final time – and has nominated Brown Advisory Novices' Chase runner The Big Breakaway as his main hope.

"He was fourth in the Ballymore last year when he didn’t travel very well but he is in beautiful form at the moment," he said.

"With a clear round he will be there or thereabouts."