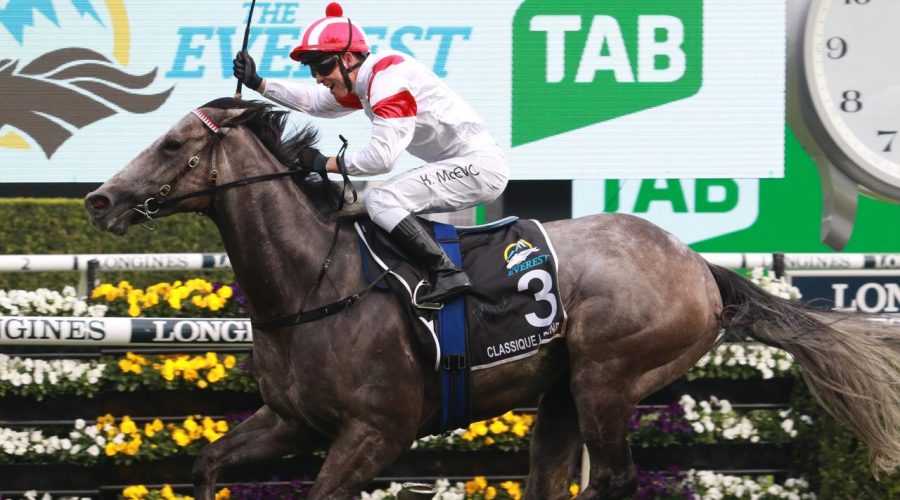 The Everest winner Classique Legend indicated he is getting used to life in Hong Kong with a brilliant barrier trial win at Sha Tin on Tuesday.

Classique Legend, who failed in his only Hong Kong start when unplaced in the International Sprint last December, looked more like his old self as he powered through the field to score a commanding win under champion jockey Zac Purton.

The “Grey Flash” defeated some high profile opponents including Hong Kong champion Golden Sixty, winner of his 16 of his 17 starts including his last 13 in succession.

This morning's trial in full… 👇

Golden Sixty was given a quiet trial, running on from back in the field for third but Classique Legend, now trained by Caspar Fownes, was given a solid hitout.

Classique Legend unleashed an impressive burst of acceleration to win his trial comfortably and by a widening margin.

Fownes has indicated Classique Legend will resume in the Group 2 Sprint Cup at Sha Tin on April 5 then contest the Group 1 Chairman’s Sprint Prize at the same track on April 28.

The Chairman’s Sprint Prize was won previously by the original “Grey Flash”, Chautauqua trained by Team Hawkes five years ago.

#THE Grafton meeting scheduled for Wednesday has been abandoned due to the extremely heavy track conditions, leaving NSW without a thoroughbred race meeting for the second day in a row.

NSW also lost the Gosford races on Tuesday as the big wet impacted the gallops code along the eastern seaboard with Victoria’s Benalla program and Queensland’s Beaudesert meeting also abandoned.

Warwick Farm was due to host Sydney’s midweek races on Wednesday but the meeting has been shifted to Thursday with a venue switch to Randwick’s Kensington track.