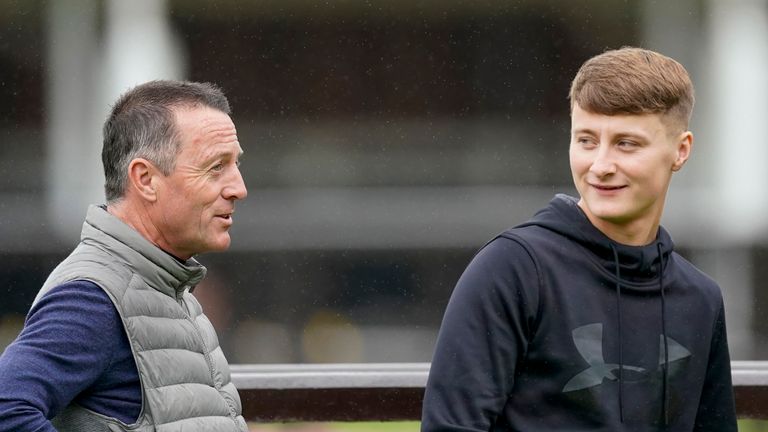 Cieren Fallon may have started his jockey career by copying his father, six-time champion Kieren, but the young star insists he has developed his own unique style for riding winners.

Despite his famous family name, Fallon junior only began in the saddle five years ago, but made an immediate impact by becoming the first person in 32 years to successfully defend the champion apprentice title, lifting it in 2019 and 2020.

Last year also included a first Group One victory for Fallon, on board Roger Teal’s Oxted in the July Cup at Newmarket, while the same horse recorded a second Group One – and a first Royal Ascot winner for Fallon – in the King’s Stand in June this year.

A classy ride – reminiscent of some of the 2,578 winning performances Kieren enjoyed in his time – on the William Muir and Chris Grassick-trained Anjella at Windsor on Sunday took Fallon junior’s career total for winners to 166.

Asked if he had picked up tips from his father, Fallon told Sky Sports Racing: “Most definitely. 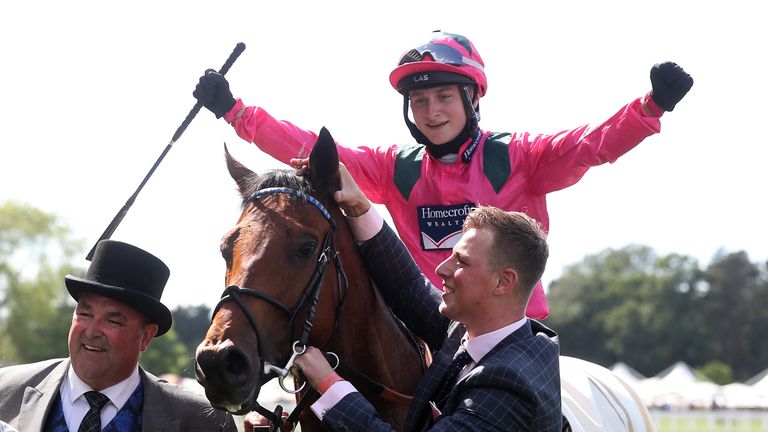 “He was never one for his stick and you want to try and get in behind the horses and help keep them balanced, you don’t want just one hand on the rein.

“I’ve watched all Dad’s replays when I first started and was moulding myself into him at the start. 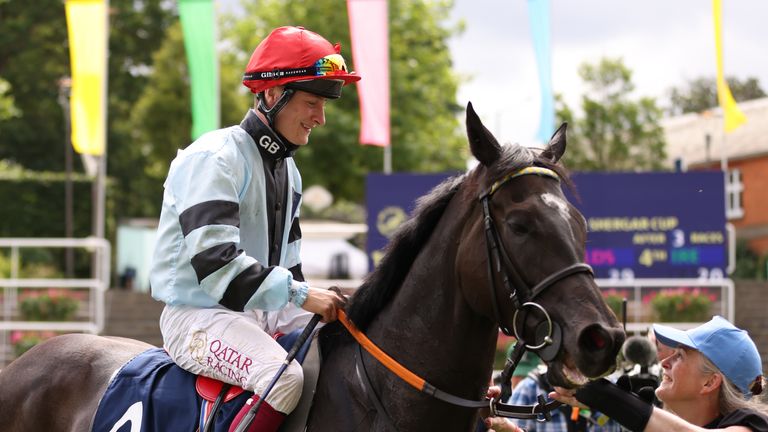 “Now I’m just kind of doing my own style, but if it looks a little bit like him then so be it.”

Fallon’s quick rise through the ranks has been helped by a close association with one of the game’s leading trainers William Haggas. 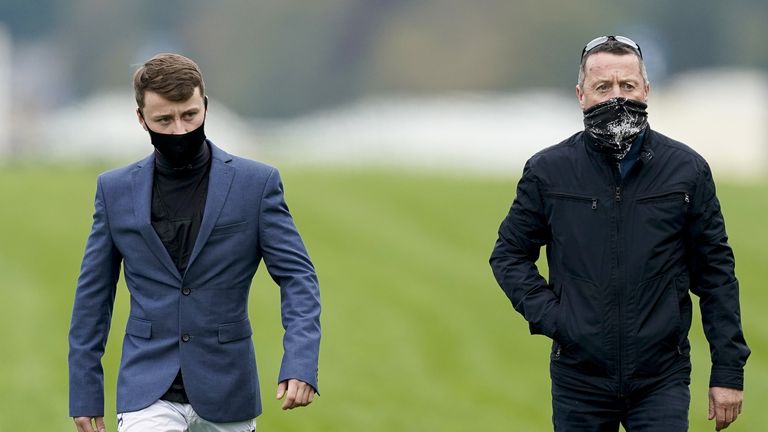 Fallon says he has learned plenty from riding out at Haggas’ Newmarket base, while the duo have also teamed up for 21 winners already.

“I’ve been very lucky in my career, with the likes of William Haggas helping me from the word go,” Fallon said. “Having horses like that in the morning to ride will always help you on race day.

“When they’ve got horses available for me to ride then you go there with more than half a chance.

“If you start riding winners for them, then you just pick up more rides.”

August 9, 2021 Horse Racing Comments Off on Cieren Fallon working on own style but unfazed by any resemblances to father and former champion jockey Kieren
NFL News