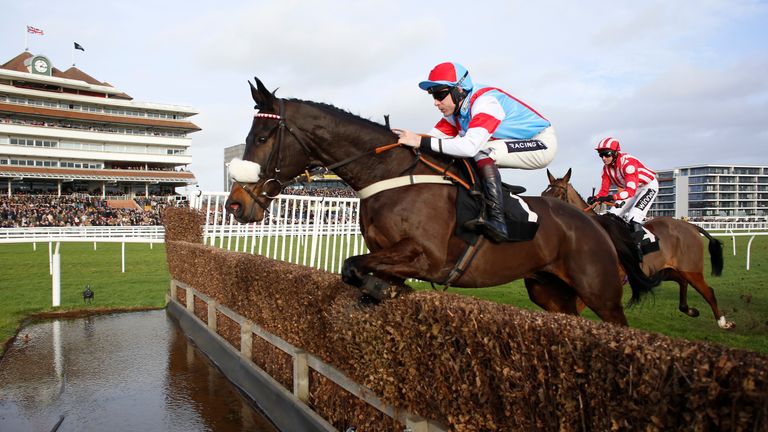 Saint Calvados is set to sidestep Tuesday’s Haldon Gold Cup and could instead travel to Ireland for the Fortria Chase at Navan next weekend.

Harry Whittington’s stable star won his first three starts after arriving from France last season, dominating his rivals in successive handicaps at Newbury before impressing in the Kingmaker at Warwick.

He disappointed on his final outing of the campaign in the Arkle Trophy at Cheltenham, but is reported to be firing on all cylinders as he prepares for an imminent return to action.

Whittington identified the Haldon Gold Cup as the five-year-old’s comeback target from a long way out, but the prospect of fast ground at Exeter has led to him considering other options.

The Oxfordshire trainer said: “Unless they have a deluge at Exeter, he won’t run there.

“We will have a look at the Fortria Chase at Navan next weekend, and he could go there.

“He is in great form and has been working well. He worked really well with Simply The Betts last Saturday, and he looks amazing.

“He has to run with cut in the ground, though, because he has got that pronounced knee action.”