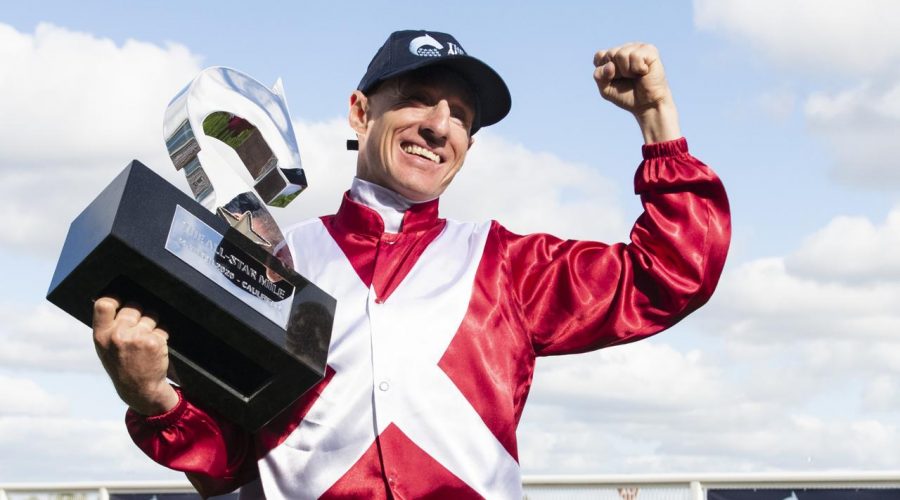 Only another win in Saturday’s All-Star Mile will satisfy jockey William Pike.

Pike won last year’s All-Star Mile with Regal Power and has spent the past few weeks in Melbourne preparing to ride Arcadia Queen in Saturday’s edition of the $5 million event at The Valley.

The jockey shared the spoils on Celebrity Queen in the Oakleigh Plate last month but winning Saturday’s race is the sole objective of his latest trip east.

“Anything less than a win for us is a disappointment. That’s the whole point of being here,” Pike said.

“We’ve come and tried to set ourselves for this race and this is our grand final and we always want to win the grand final.”

Pike steered Regal Power to victory over stablemate Superstorm in a Bob Peters-owned quinella last year at Caulfield. He conceded Arcadia Queen would face a tougher field this year.

But Pike has faith in the triple Group 1 winner Arcadia Queen, who he rates as a superior performer to Regal Power.

“Just the size of her and the strength of her, she’s definitely the best I’ve ridden for him.

“Over the years, there’s always been the potential one but she’s got it on the board.”

Arcadia Queen’s size and strength convinced trainers Grant and Alana Williams to give her another jumpout at Bendigo last week to hold her condition after her second in the Futurity Stakes on February 20.

Pike said that hit out did Arcadia Queen the world of good.

“We’re going to be three weeks or so going into this race so we gave her an extra jumpout just to keep her up to the mark,” Pike said.

The jockey boosted his own All-Star Mile chances when drawing barrier five for Arcadia Queen on Tuesday.

Pike said he expected the high-class field to pour on the pressure in the All-Star Mile but he was confident Arcadia Queen would stand up to the challenge of tackling eight other Group 1 winners on Saturday.

“She’s big enough and strong enough to hold her ground,” Pike said. “It looks a mini-Cox Plate and it looks like it’s going to be a high-pressure race, as it should.

“It’s (worth) big money and it should be high pressure and the one that handles the pressure best will win.”

Arcadia Queen is the $3.40 favourite to claim another All-Star Mile win for Western Australia.

Originally published asOnly an All-Star win will do for Pike