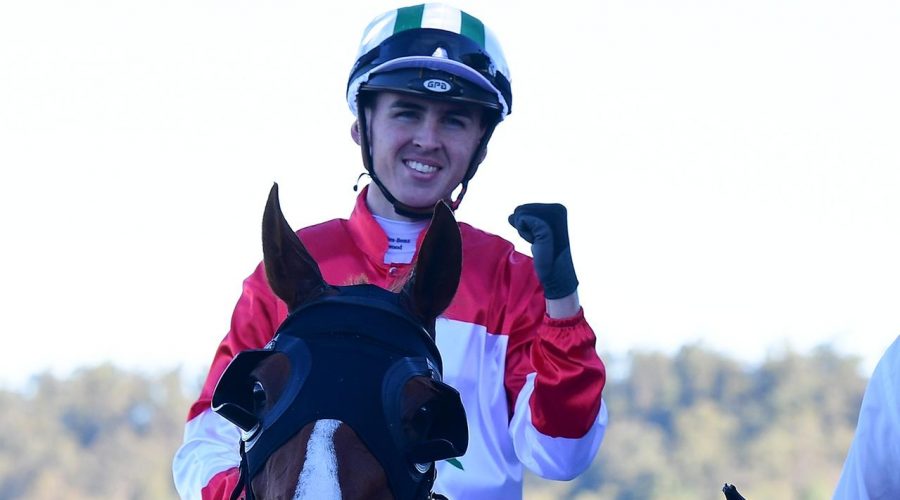 In-form Queensland jockey Ben Thompson has been snaffled to ride for Godolphin for the first time in a Group 1 race.

Thompson has had 25 Australian Group 1 rides but none have been for Godolphin.

That will change on Saturday when he is set to partner Anthony and Sam Freedman-trained $26 chance Lyre in the Tatt’s Tiara.

Thompson, chasing his first Group 1 win Down Under, is coming off a stakes-winning double last Saturday when scoring the Eye Liner Stakes and Gai Waterhouse Classic on Ipswich Cup day.

“I haven’t ridden for Godolphin too much, just the odd ride here and there,” Thompson said.

“This is my first Group 1 ride for Godolphin.”

Thompson has also been declared as the rider of Tatt’s Tiara second emergency Charleise but the Ciaron Maher and Dave Eustace-trained mare looks unlikely to get a start.

Meanwhile, Godolphin is set to farewell two stable stalwarts in the Tatt’s Tiara with both Lyre and Flit likely to head to the breeding barn later in the year.

The Blue Army will have a three-pronged attack in what is the last Group 1 of the season with Savatiano set to join the pair and expected to race on to the early parts of the spring before also being retired.

Godolphin managing director Vin Cox confirmed the changing of the guard with Queensland specialist Exhilarates – who races in the Group 3 WJ Healy Stakes on Saturday – also set to join the retiring pair after Saturday.

“We look like running Savatiano, Flit and Lyre in the Tatt’s Tiara – two with James Cummings and Lyre with the Freedman camp,” Cox said.

“I would say for Flit and Lyre it will be their swan song and then Savatiano might just tick over into the early part of the spring.

“They are three very, very nice mares who are all Group 1 winners and very valuable propositions if you go off the recent Magic Millions Broodmare sales.

“They have essentially come to the end of their racing careers and hopefully they can go out with a blaze of glory.”

Godolphin mare Lyre is set to be retired about the Tatt’s Tiara. Picture: AAPSource:AAP

Despite stewards reporting Savatiano to have pulled up lame from the Group 1 Kingsford-Smith Cup earlier in the carnival, Cox said she has not shown any signs of being off since then.

The six-year-old has also trialled back in Sydney last week where she was a dominant winner.

“It was nothing untoward, more just race day wear and tear. When she came home she was fine,” Cox said.

With the firmness of the Eagle Farm track a discussion point of the carnival, Cox said Godolphin had not held any horses back from the surface throughout the winter.

“The track is what it is, you just have to play it as it is,” he said.

“Do we have any come out of it poorly? No, and that is the most important thing, that it is a safe surface.

“These are elite mares and the Tiara is a great race in the sense it is the end of season race, the finale for a lot of mares who are going off to stud, it is really in a sweet spot.

“We aren’t saying they’re certainties but we think they will run well and it would be nice if one could win. It adds to their value and pedigree.”

Meanwhile, the Sydney jockeys who are booked to ride in Saturday’s Eagle Farm meeting have been filling out travel passes so they can declare they have not been in a hotspot and clear the Queensland border.

On Tuesday morning, managers of Sydney-based jockeys were confident the hoops will be able to ride on Tatt’s Tiara day although it is subject to change given Sydney’s evolving Covid situation.