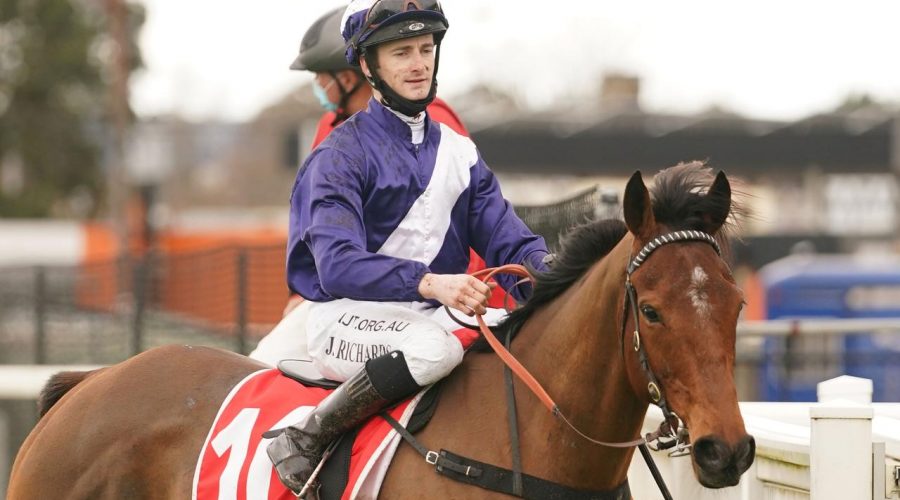 As a country apprentice starved of opportunity Richards could border-hop last year and claim 3kg in Victorian provincial races despite having ridden more than 100 winners in NSW.

An equally-credentialed Victorian apprentice would get no weight relief in the same race.

“It’s very common for a horse to carry 64kg and claim … these kids are doing claims on horses that should win anyway.”

Richards, 27, a qualified carpenter who started race riding five years ago, has enjoyed remarkable success in Victoria, striking often and in bunches.

Richards boasts a 57 per cent strike rate with Ben and JD Hayes (four winners from seven rides) and 37.9 per cent with Ciaron Maher and David Eustace (11 from 29).

He has ridden five winners and four minor placings in 19 rides for Phillip Stokes and a further four winners for Kent.

“His experience outriding the country claim really makes him more skilled, so when he goes to the city he’ll be ready for that,” Kent said.

“You look at the current crop of kids, I don’t think they’re getting the grounding they used to get.

“They used to be slower at getting through the claim, but they rush through it now … it needs fixing.”

After riding four metropolitan winners inside a week, Richards, on Kent’s advice, has not ridden in the city since June 2 to preserve his 3kg claim in town for next season.

“Why would you rush?” Kent said.

“Every time he rides a winner in the city he’s killing himself in the country.

“Might as well ride out his country claim before he goes to town — that’s what it’s designed to do.

“What happens is these kids outride their claims in the first 12 months, they’re not ready to go to town but they go to town claiming three kilograms.

“When they get down to 1.5kg, if they aren’t an accomplished jockey, they languish.

“They’ve changed the handicaps with the horses, we need to tweak the apprentice claims for sure.”

Richards, 27, will remain highly sought-after next season with a 3kg metropolitan claim.

Racing Victoria has purposely drip fed apprentices in recent years to give riders a chance.

But the churn rate — as apprentices get down in weights — coupled with those moving interstate has led to a noted shortage.

Kent, a renowned master of developing riders, said a claiming ‘rookie’ status would boost retention rates after the four-year apprenticeship.