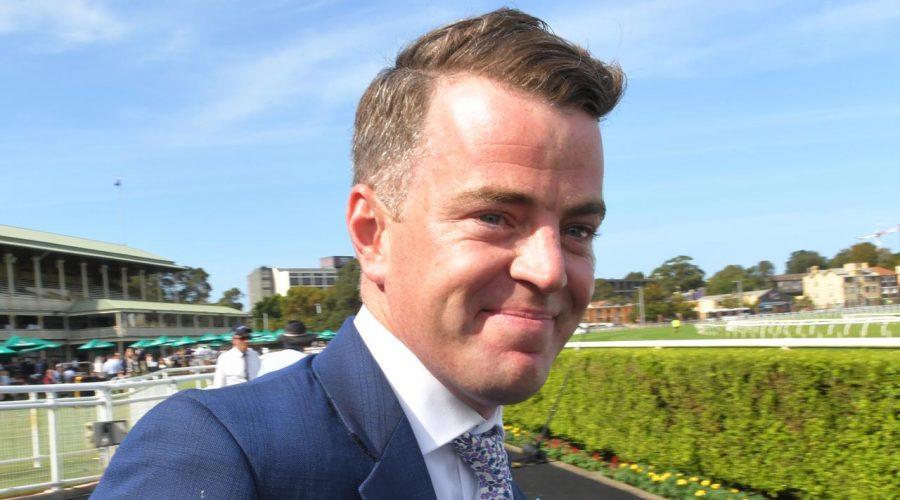 You name it, Jamie Richards has missed it. Parties, concerts, festivals, the lot.

But the Kiwi trainer of $5m All-Star Mile contender Probabeel has no regrets.

“Absolutely not,” Richards said. “Still made a lot of memories and had a lot of fun, but you got to be focused and get the job done at the same time.”

The job, in Richards’ case, an obsession to feed an insatiable “racing bug”.

Probabeel is battling for favouritism in the All-Star Mile. Picture: Getty ImagesSource:Getty Images

“I guess there’s been things over the years, where racing has come first and haven’t been able to be at functions or concerts or festivals or gatherings or whatever,” Richards said.

“Through university I was always working in the morning at the stable, probably missed out on a few things I would’ve liked to have done, but at the end of the day it’s all worked out pretty well.”

Richards cannot be at The Valley, due to travel restrictions, but the noted workaholic will find a “quiet spot” at Ellerslie, after a busy Auckland Cup Day, to watch the world’s richest mile.

His best mate and Melbourne-based Kiwi Brad Taylor, racing manager for Group 1-winning trainers Anthony and Sam Freedman, will be “keeping an eye on things” at The Valley.

“Probably a little bit easier,” Richards said, about watching the race from abroad.

“I guess you can’t really worry about things too much, you got to sit back and have faith in your staff and your horse, and she’s been doing a good job for us.”

Richards has 28 Group 1s as the face of the tangerine and blue Te Akau Racing operation, courtesy of Melody Belle (13), Avantage (seven) and Probabeel (three).

He could have 30 by the time Probabeel walks into the mounting yard, with Avantage and Melody Belle in the Bonecrusher Stakes at Ellerslie and Sword Of State odds-on to win the Sistema Stakes.

Richards has the stock to succeed, as trainer for powerful Te Akau Racing, and a work ethic to boot. The meticulous student of the craft is up 1.45am, to be at the stable two hours before anyone else.

“I think well, when no one else is around, it seems to be working so just keep doing it,” Richards said.

An almost forensic and external analysis of role model Chris Waller’s training techniques formed the foundation for Richards to crosscheck his own methods.

“I used to spend a lot of time going through how he was placing his horses,” Richards said.

Just as Waller, the greatest-ever trans-Tasman sporting export did, before ultimately setting up shop in Sydney, Richards too has grown fond of the Australian carnivals.

“We’re certainly looking at campaigning horses in Australia and would like to have more of a representation there, but you have to bring the right horses,” Richards said.

“We’ll just see how it all works out (the potential of a satellite stable), we’re enjoying travelling for the carnivals, at the moment. That’s what we’ll continue to do for the immediate future, who knows what’s going to happen in the long run.”