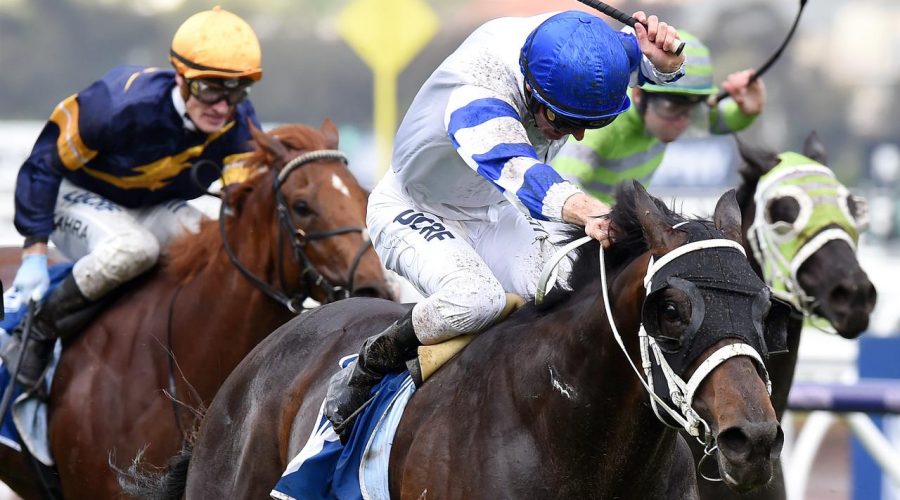 AN ex-Sydney horse, who raced in Brisbane most recently, bought by a Kyneton trainer for Northern Territory clients, hoping to win the Darwin Cup, has entered the All-Star Mile sweepstakes.

Neil Dyer acquired Kaonic, formerly with Chris Waller, last month but already the tree change, being trained exclusively “out of the paddock”, has worked wonders for the seasoned galloper.

Kaonic was not for sale when the Dyers, Neil and son James, 20, first inquired but their persistence paid off eventually with the gelding being sold for a “bargain” undisclosed amount.

An executive of a Top End construction and development company is in the ownership of Kaonic.

“He‘s 50 per cent owned in the NT and several other stable clients down here are in him,” Dyer said.

“It (All-Star Mile) would be a good option and hopefully we can use the Northern Territory contacts to get some votes to try and get in.”

Kaonic looked to have above average ability early on, winning five of his first 12 races, including the 2018 Listed Melbourne Cup Plate at Flemington.

But Waller and connections were made to wait two years – and 16 starts – to taste success again.

After the breakthrough win last August, Kaonic had three more starts for the juggernaut operation.

“I‘m not saying we can improve him off Chris Waller’s training,” Dyer said.

“I‘m just hoping the way we train him at home might rekindle his interests.

“He‘s a beautiful honest horse, like a pet dog, a lovely style of a horse.

“You can understand why he‘s been a classy racehorse at one stage of his life … whether or not we can race him to that height of ability again … remains to be seen.”

Kaonic will spend another four weeks training “in a holiday resort” before Dyer ramps up the preparation towards the All-Star Mile, should the public vote, which starts on January 22, justify.

“His characteristics in the paddock is like he‘s in a holiday resort,” Dyer said.

“It‘s about a five acre paddock and when you come to get him of a morning he comes up to you to get the head collar on, so I think he’s happy to go out and do a bit of work.

“He lives in the paddock, instead of being in a stable or a covered yard, he lives there night and day but still gets fed like a racehorse … the only difference is the house.

“It‘s good for their mind, if they cop it all right, and he is.”