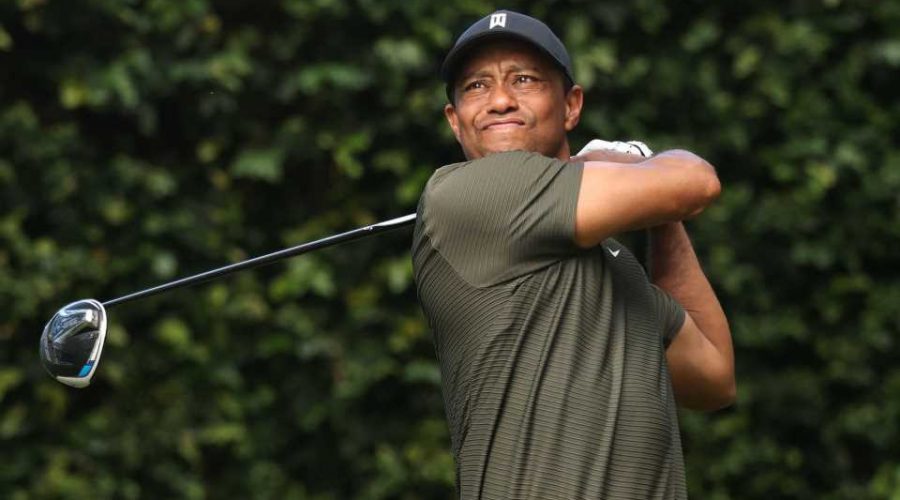 Tiger Woods has made a big step in his recovery from injuries he suffered in a late-February car crash.

The veteran golfer posted a video to his Twitter account on Sunday morning that featured him swinging at golf balls. It marked the first time since the Masters in November 2020 that golf fans had seen him on a course.

This progression seems to indicate that Woods may, in fact, have a chance to play golf competitively once again. His return to the sport wasn’t guaranteed after the car accident.

Woods, 45, has had a long road to recovery. He had back surgery for the fifth time in late December of 2020 before he was involved in the car crash two months later.

Woods suffered significant injuries to his right lower leg that included multiple breaks, including one that punctured the skin. Woods’ Twitter account provided an update on his status following the accident.

Mr. Woods suffered significant orthopaedic injuries to his right lower extremity that were treated during emergency surgery by orthopaedic trauma specialists at Harbor-UCLA Medical Center, a level-1 trauma center. Comminuted open fractures affecting both the upper and lower portions of the tibia and fibula bones were stabilized by inserting a rod into the tibia. Additional injuries to the bones of the foot and ankle were stabilized with a combination of screws and pins. Trauma to the muscle and soft-tissue of the leg required surgical release of the covering of the muscles to relieve pressure due to swelling.

And Dr. Robert Glatter, an emergency physician at Lenox Hill Hospital in New York City, thought it would be a long road back for Woods — if he would ever return to the course.

“Can he come back from this? It’s unclear at this point,” Glatter told USA Today. “We don’t know. But it’s going to be a long rehab period and it’s going to be painful. We can assume that he’s going to go through bumps and twists and turns.

“It’s really unclear. But at least he has life right now.”

But now, Woods is back on the course. And while his potential return to competitive action may not be near, he is, at the very least, “making progress,” as he noted in the post.