Dustin Johnson: Winning the Masters is a 'dream come true'

The Masters has always tended to favour the experienced player over the years with form and greens-in-regulations a big factor on who usually finishes around the top of the leaderboard come Sunday. Dustin Johnson has the unfortunate role of having only just won his first Masters title back in November, meaning that his stint as reigning champion could be the shortest in history.

He will be one of the favourites again and arguably comes into the event with the most confidence given the fact his win at Augusta was just a few months ago.

But the world No 1 hasn’t been at his best in recent months, failing to crack the top-45 in his last two events.

There is certainly good value up and down the field though for some players to either spring a surprise or fulfil their potential.

Express Sport takes a look at four players who could be the best bets to be pulling on that green jacket at the end of the week. 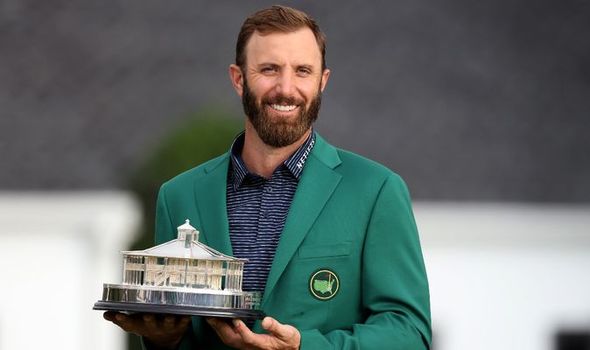 Justin Thomas hasn’t always looked his best at Augusta but that changed in November as he was constantly in and around the top of the leaderboard before finishing fourth.

Adding to his confidence this week though will be the recent win at The Players and the biggest difference on that occasion to previous years was how well he was hitting the ball from tee to green.

He has consistently ranked towards the top on greens hit and performance at The Players is usually a good indicator heading into The Masters.

Conditions are expected to be firm and fast this week and that could well play into Thomas’ hands in his bid for his second major.

Another popular pick but one who equally is on the verge of winning his first Masters title.

Augusta appears to be his favoured major of them all with a fourth, tied-ninth and tied-seventh in the last three Masters championships.

And he arguably enters this week in the best mood of his life after his wife, Kelley, gave birth to a baby boy just last weekend.

Danny Willett famously won in 2016 just days after his son was born. Rahm may not be as long odds to what the Englishman was five years ago, but the Spaniard will equally be riding high as he takes to the course and a first major championship is well within his reach. 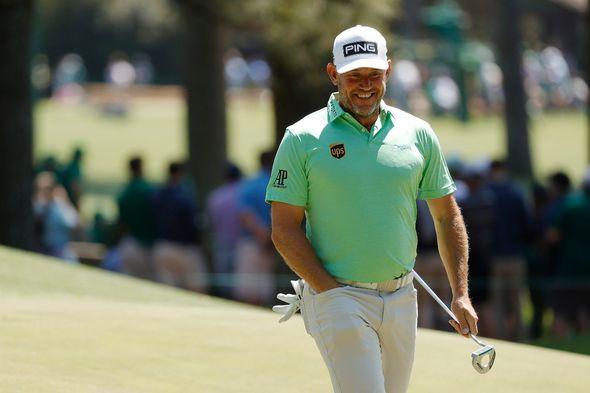 Surprisingly big odds for the 2018 Masters champion and it may partly be down to the fact he’s not as popular on tour as some other top players.

Some questionable decisions on the course and brash attitude hasn’t won him a lot of followers but that doesn’t hide from the fact that Reed is still one of the best golfers on the PGA Tour.

He’s always a threat around Augusta ever since his victory in 2018 and finished inside the top-10 back in November and it’s his performance around the greens which will keep him in contention until Sunday.

The 30-year-old has blown hot and cold this season so far having won at the Farmers Insurance Open while missing the cut at the Arnold Palmer Invitational. But he enjoyed a solid performance at The Players and the conditions will suit him this week.

Lee Westwood has the chance to create history this week in becoming the oldest Masters champion of all time.

If anybody would have argued about Westwood’s chances to win at Augusta would have been ridiculed, but this year feels different for the Englishman.

He had back-to-back second-place finishes at the Arnold Palmer Invitational and The Players recently and comes into Augusta with bags of experience – and usually starts well at The Masters.

Since 2017, he has twice been inside the top-10 after day one and he’s arguably never been in better form heading into The Masters. He’ll want another quick start on Thursday to give him the confidence of competing into Sunday but there’s every chance the former world No 1 could be there or thereabouts to create history.

April 8, 2021 Golf Comments Off on The Masters 2021 tips: Best bets for Augusta major and who enters in good form
NFL News