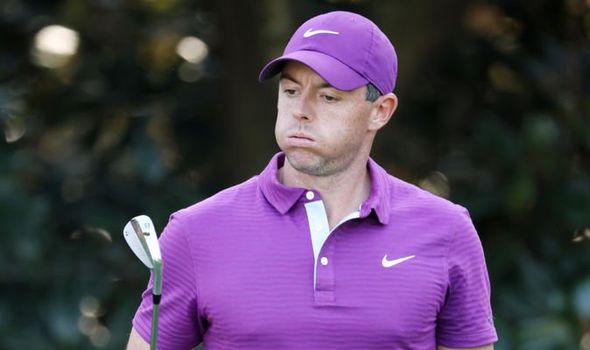 Rory McIlroy vowed to fight until the bitter end in his quest for his elusive first Green Jacket but admitted his Masters race is all but run with the imperious Dustin Johnson disappearing into the distance.

The Northern Irishman maintained his surge through the field and into the top ten but the World No 1 is almost out of sight after a superb 65 gave him a four-shot lead over his nearest pursuers heading into today’s final round.

McIlroy played super golf again yesterday at Augusta in shooting 67 but he will need something superhuman today to overhaul the runaway American. From eights shots back he would have to equal the Masters record set by Jack Burke in 1956 to do so.

“I have probably given myself too much to do after the 75 on the first day but I will try to out and shoot a good score tomorrow,” said McIlroy.

“I haven’t really made a good run here before on a Sunday so it is about time.”

McIlroy’s feeble first round left him relying on no-one streaking away at the head of the field if he was to fight his way back into it but Johnson, the co-leader after round two, came out like an express train yesterday reaching the turn in a record-equalling 30. 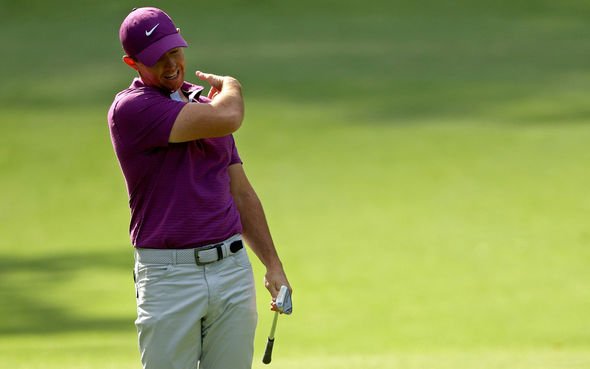 The laconic Johnson eased up a little on the back nine but an excellent up and down at the last enabled the American to card the lowest round of the day.

The pressure he applied led to some spectacular implosions. Justin Thomas got wet and downcast and Jon Rahm hot and bothered. The Spaniard attempted to break his six iron over his knee after a nightmare double bogey at the eighth which also included an amateur-hour topped fairway wood.

Johnson’s 16-under mark equalled the 54-hole record at Augusta and gave him a precious cushion heading into the final round.

“A few more would be a little more comfortable,” he said. “There are so many really good players right around the lead. I’m going to have to go out and play well if I’m going to win tomorrow.

“The game is in good shape, I feel very confident in what I’m doing so tomorrow hopefully you’ll see a lot of what you saw today.”

But while he tried his heart out in a compelling third round of six birdies, he needed to a bank job on the back nine par 5s to go really low.

The three-putt bogey on the 13th after a visit to the trees off the tee was his first in 33 holes but it probably signalled the end of his career Grand Slam dream for another Masters.

Johnson has blown up in Majors before but the 2016 US Open champion is playing so serenely it is hard to imagine him unravelling this time.

When Tiger Woods slips the Jacket onto the shoulders of the new champion in Butler Cabin tonight they are likely to belong to the World No 1.

As McIlroy rose up the leaderboard on Saturday, 15-time major champion Woods fell down it.

After his dream start on Thursday, Woods has regressed as the tournament has gone on. 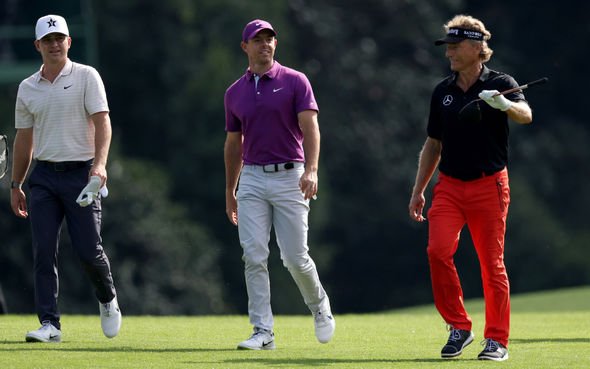 Each new day is a lottery as far as his back is concerned and he was clearly in discomfort yesterday.

The lack of mobility was inevitably a factor in an uninspired round from the defending champion.

After parring his way to the eighth hole, Woods bogeyed the par-five after going into the trees off the tee and then coughed up another shot at the 11th.

A lovely tee shot at the short 12th set up a first birdie of the day but treading water was about the best he could hope for in the circumstances.

After his glorious victory 19 months ago, he will be slipping the Jacket on another man tonight. Sadly, once again, it is unlikely to be McIlroy.