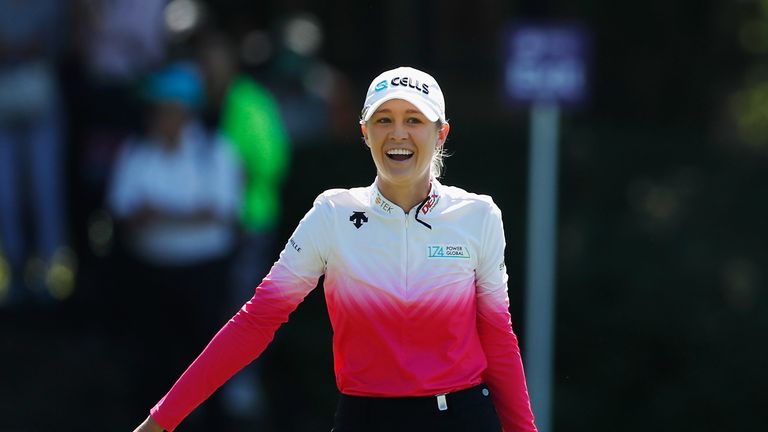 Korda, the younger sister of five-time LPGA Tour winner Jessica Korda, posted a bogey-free 68 to get to 13 under and pull ahead of nearest challenger Minjee Lee.

Ryann O’Toole carded a five-under 67 to grab third, with Carlota Ciganda a further stroke back in tied-fourth alongside Megan Khang.

Korda began the day tied for the lead but moved ahead by following a birdie at the fourth with an eagle-three at the sixth, before picking up another shot at the 10th and finishing her round with a run of pars.

English pair Bronte Law and Jodi Ewart Shadoff both began the final round two strokes back but slipped out of contention with rounds of 73 and 76 respectively. Law bogeyed two of her final three holes to end the week in tied-eighth, while Ewart Shadoff bogeyed three of her opening four holes to finish a further three strokes back in a share of 12th.