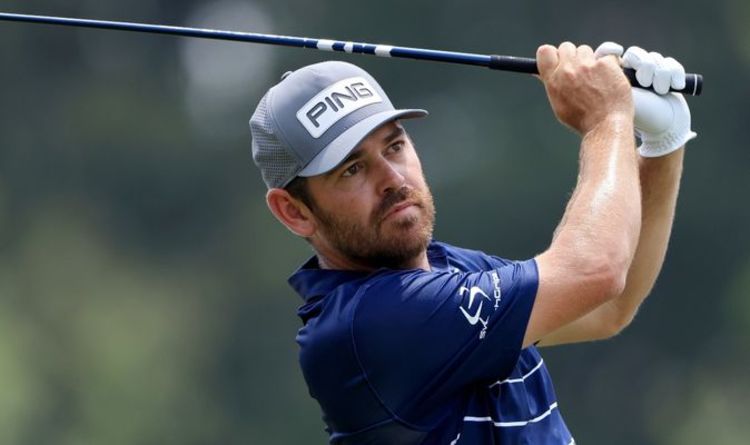 Louis Oosthuizen has been forced to withdraw from the Wyndham Championship after sustaining a neck injury the day before the tournament.

Oosthuizen was set to begin his event in today’s opening round at Sedgefield Country Club alongside Jason Kokrak and Patrick Reed – who has also since withdrawn from the competition in North Carolina.

The South African headed to the Championship at Sedgefield as the highest ranked golfer in the field, as he currently sits in the official world golf rankings.

Two of his top finishes also came in the last two major championships, as he secured a second-place finish at the US Open, and a tied-third at the Open Championship

Despite the impressive finishes it has been a case of ‘what if’ for Oosthuizen in recent months, especially at last month’s Open where the 36-year-old led the event at Royal St. George’s for the opening 54 holes.

However, a tough final round at the Kent links saw him card a one-over-par 71 to leave him on 11-under for the tournament, four behind eventual winner, and Champion Golfer of the Year Collin Morikawa.

In spite of his final day disappointment at Royal St. George’s the South African remained in a positive mood about his game: “I would look back at all the finishes that I had in majors and the way I played them to be really proud of what I achieved and being able to perform at major levels is what it’s all about.

“But I’ll still have hopefully quite a few majors in me and hopefully I can get another one under the belt. I’ll take more motivation out of it than being disappointed.”

As well as Oosthuizen, his proposed playing partner Reed was also forced to withdraw from this week’s event, however the Tour did not give reason for his late absence.

As a result, the American has endured a whirlwind recent run, having played in a major, an Olympic Games, a Tour tournament and a World Golf Championship across three different continents in the space of four weeks.

Oosthuizen and Reed – who were two of the favourites for this year’s event – will now turn their attention to the all-important FedEx Cup play-offs that kick off next week at the Northern Trust.

The top 125 ranked players in the FedEx standings will make the trip to Liberty National next week, before this is reduced to the top 70 for the second play-off at the BMW Championship.

Following this the top 30 will then make their way to Atlanta for the play-off finale at East Lake – the Tour Championship. Oosthuizen finds himself in a comfortable position to qualify for all three, as he sits in eighth place on the leaderboard.