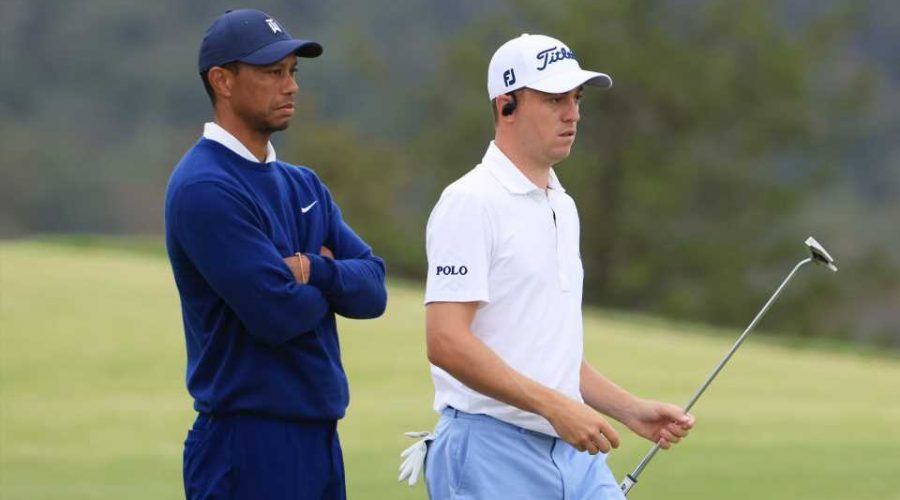 The Thomas and Tiger connection couldn’t be stronger.

Justin Thomas said he was on a downward spiral early in 2021, feeling like he “woke up on the wrong side of the bed” every day: First, a live mic caught Thomas uttering a gay slur after a missed putt during a tournament in January, then his grandfather died in February.

Thomas, needing guidance and advice, turned to Tiger Woods — and then Woods was in the devastating car crash in late February.

“I knew Tiger had a shoot on Monday and Tuesday in LA, so I was gonna wait until he got done with that,” Thomas told ESPN. “And I was gonna reach out to him on Tuesday night like, ‘Hey, dude, just lemme know when you get back home, like I just want to call you, I’m not in a good place, and I just need to talk.

“I was just like … when is stuff gonna stop going so bad this year?”

Thomas eventually had a discussion with Woods, with his friend offering a few words of advice that eventually seemingly spurred Thomas back into top contention.

The next weekend, Thomas earned his first win of 2021.

Woods continues to recover from the wreck, which investigators say was caused by speeding.

Thomas is one of the favorites to win the 2021 Masters, alongside Dustin Johnson, who won the 2020 tournament.