Jon Rahm has given himself a mark of just seven and a half out of 10 for his season ahead of his DP World Tour Championship title defence.

The world No 8 has registered wins on both sides of the Atlantic in 2018 and also defeated Tiger Woods in Europe’s Ryder Cup victory at Le Golf National, but still feels he didn’t achieve as much as he did during the previous campaign.

“I’m not going to rate my season based on last year because last year was a 10 out of 10,” Rahm said on Wednesday. “I think with what I set it out to be and how hard it was to live up to expectation, I’ll give it a seven and a half out of 10. “I think I just happened to play good in all of the Rolex Series events. For the most part, when I think about the year, I played those events and I peaked in those events, the ones that matter to me.

“Clearly I’m doing something right, if I finished Top 15 in all of them and won twice, so hopefully I can keep that going this week and have a chance to win again on Sunday.”

A successful title defence in Dubai would see Rahm become the first three-time Rolex Series winner, having failed to retain titles this season at the Farmers Insurance Open and Irish Open, with the Spaniard relishing the opportunity to finish the season strongly.

“It feels good to be back [in Dubai],” Rahm said. “It will be hard to improve on what I did last year, but it feels great. I was able to be defending champion for three events this year. In Torrey Pines, I played great the first two days, I was in the final group but I didn’t play great on the weekend. 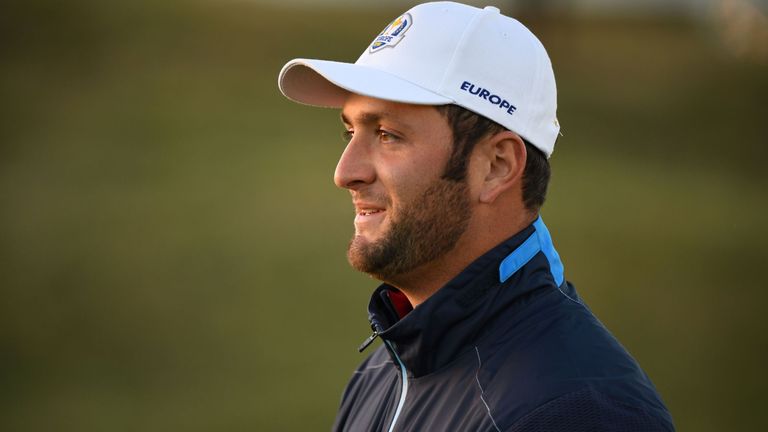 “In Ireland, I was doing okay until that second hole, a triple-bogey doesn’t help, but I still battled back and almost got myself into the playoff. So hopefully, I’ve gotten close and maybe this progression continues and I’m able to defend this week.”

November 14, 2018 Golf Comments Off on Jon Rahm gives verdict on his year ahead of Dubai title defence
NFL News