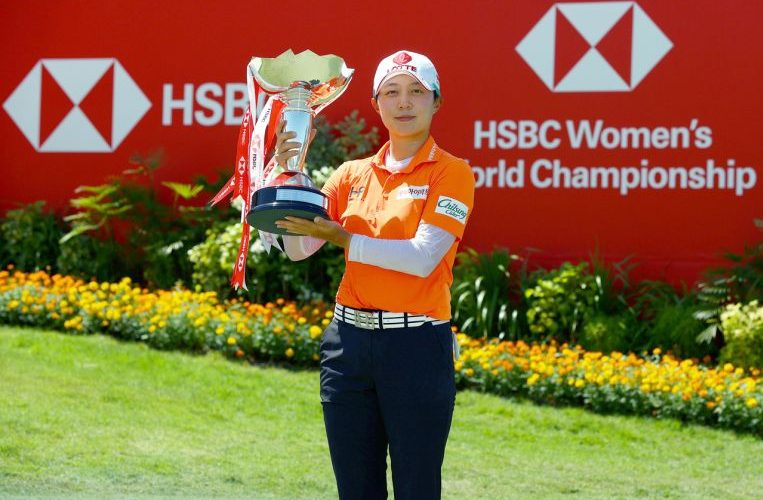 SINGAPORE – The top female golfers will be back at the Sentosa Golf Club (SGC) next year as the Republic hosts the March 3-6 HSBC Women’s World Championship.

The tournament made a comeback to Singapore this year after it was cancelled in 2020 due to the pandemic.

South Korean Kim Hyo-joo, who ended a five-year LPGA Tour title drought when she won at the New Tanjong Course in May this year, has confirmed her participation at the 2022 edition.

The world No. 9 said: “To win such a big event after not having won for such a long time felt so amazing. The tournament has had so many unbelievable winners – almost all of them major winners – that it felt like such a huge win for me.

“The players kind of refer to it as ‘Asia’s Major’ and it definitely felt like a huge career moment for me winning against such a world-class field.”

The 26-year-old added: “All of the players appreciated how hard (organisers) IMG and the Singapore Government worked to enable us to travel to Singapore to play this year with all the international travel restrictions in place, so it was nice to be a part of such an exciting final day and to manage to come out on top.

“I am going to be very proud to stand on the first tee at beautiful Sentosa and be announced as the defending champion next year so I can’t wait to see everyone in Singapore in March.”

As part of the safe management measures, two separate bubbles were created for this year’s tournament.

The inner bubble was for all the players, caddies, selected officials and tournament staff, who were shuttled from Fairmont Singapore to SGC and they were not allowed anywhere else.

The outer bubble was for spectators, local media and SGC staff.

Up to 250 fans – all corporate guests – were allowed daily for this year’s event.

Organisers said that a decision regarding attendees at the 2022 event will be made closer to the competition.