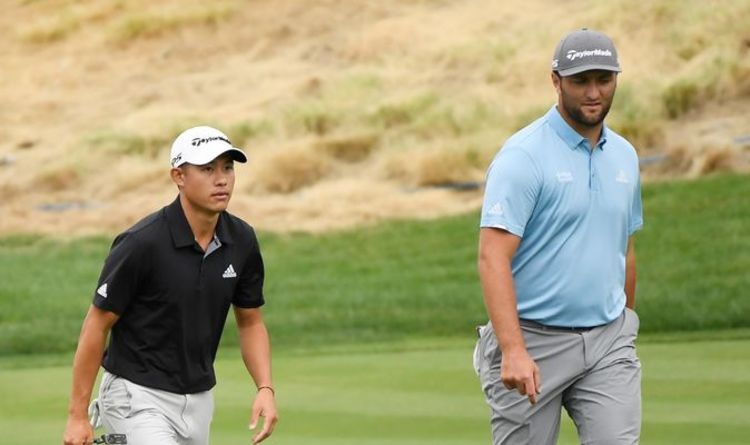 Sixty golfers will make the trip to Tokyo for this year’s summer Olympics and attempt to write their names into golf, and Olympic history. Golf returns to the Olympic circle for only the fourth time in the Games’ history, and despite drop outs from the likes of Sergio Garcia and Tyrell Hatton, the field still consists of some of the biggest names from the golfing world.

Reigning gold, silver and bronze medalists, Justin Rose, Henrik Stenson and Matt Kuchar will not be competing in this year’s event giving somebody else a chance to get their hands on a prestigious Olympic medal for the very first time.

Here are five golfers who could be finding themselves on that podium come the end of play.

Where better to start than the world number one? Rahm heads to Tokyo to represent his native Spain as the leading seed, and no doubt goes into round one as the event favourite?

The 26-year-old has had a career best season thus far, picking up 12 top ten finishes (the highest in the FedEx Cup rankings), and a top ten finish in all four majors which of course includes his major maiden win at the US Open in June.

Therefore, It would come as no surprise to see the world’s best with a medal around his neck next week.

Nobody comes into the event at Kasumigaseki Country Club in finer shape than Morikawa, after the American became Champion Golfer of the Year, thanks to his Open Championship win at Royal St George’s last week.

His claim of the Claret Jug last time out capped off a whirlwind two years for the youngster, who after turning pro in 2019 has enjoyed a meteoric rise through the golfing world.

His victory in Kent saw the 24-year-old make history, as he became the first golfer to win two different majors on his debut after his maiden major victory in the 2020 PGA Championship, and there is no doubt he’ll be looking to add Olympic gold to his resume in Tokyo.

One man who always finds himself in the golfing spotlight is DeChambeau and there won’t be any change to this come Olympic week.

The hard-hitting, scientific American has revolutionised the game of golf, and whilst many haven’t agreed with some of his approaches it has definitely worked for him.

DeChambeau has racked up an impressive eight PGA Tour victories in just four years, including a first major victory at the 2020 US Open, with many putting his victories down to his aggressive, long distance style of play.

The 27-year-old will therefore be heading into next week’s Olympic event with plenty of confidence as he arrives at the lengthy 7,446-yard Kasumigaseki Country Club with the longest driving average in the field.

Waving the flag for Team Australia will be the ever-reliable, Cameron Smith and the Brisbane-born golfer knows a thing or two about winning golfing events alongside his fellow Australian, Mark Leishman.

The pair ran out victorious in this year’s Zurich Classic, beating South African double, Louis Oosthuizen and Charl Schwartzel in a dramatic one-hole play-off back in April of this year.

The 27-year-old is also no stranger to representing his country on the biggest stage as he once again joined Leishmann to carry the Australian flag right through to the final of the 2018 World Cup of Golf, where they were narrowly defeated by Belgium’s Thomas Detry and Thomas Pieters.

As a result, the Australian will be raring to go one better than his 2018 World Cup final defeat, and clinch gold for his nation

An outsider to keep an eye on in Tokyo is Italy’s Migliozzi who, despite his age, seems fearless when it comes to the big stage.

The Italian has been a breakthrough star on the European Tour this campaign, sitting tenth in the Race to Dubai standings.

The 24-year-old heads to the Olympics in fine form, having recorded three top-five finishes in his last six starts, including a second place at the British Masters and an impressive tied-fourth on his Major debut at the US Open.

The Italian has shown he is more than capable of competing alongside the big boys in some of golf’s biggest events giving him every chance at Kasumigaseki next week.

July 22, 2021 Golf Comments Off on Five players to look out for at the 2020 Tokyo Olympics golf
NFL News