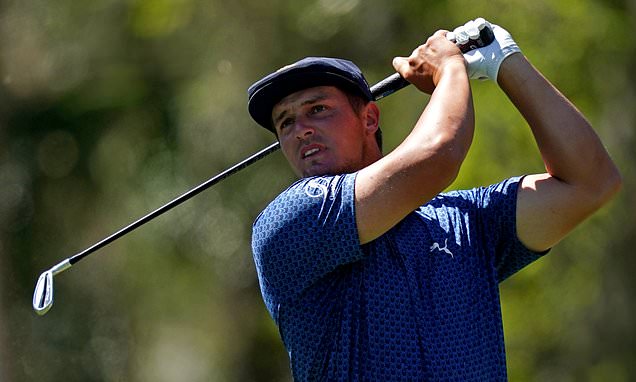 Clearly, it will take a lot more than a dubious out of bounds line at the Players Championship to halt the seemingly unstoppable Bryson DeChambeau.

How about adding an ugly double bogey to begin his second round on Friday at Sawgrass? A day when his missiles from the tee were deposited hopelessly off-line on a course that usually flays such miscreants?

DeChambeau brushed aside the rudest of awakenings and everything else besides to finish with a second successive 69 to jointly lead the morning wave and be right where he needs to be to complete a spectacular Florida double, following last week’s Bay Hill epic. 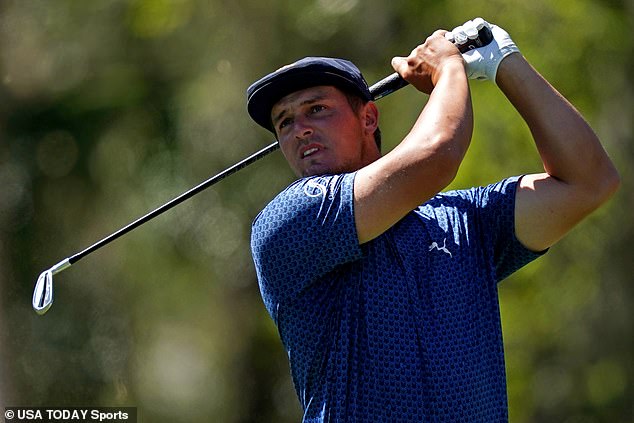 ‘I think everyone could see I wasn’t hitting it my best today,’ conceded DeChambeau. ‘But I fought hard, I had a bit of luck and I was able to scrap it round.’

As for the contentious out of bounds line introduced on the 18th on the eve of the event, DeChambeau said he plans to stay silent in the future regarding any revolutionary ideas he might have to tackle the world’s best golf courses.

The 27-year-old pioneer says he has learned his lesson after the PGA Tour chalked off his diabolical plan to drive left of the water on the daunting 18th hole. The tour’s hastily introduced OB line down the left of the hazard scuppered that idea, claiming they were acting in the interests of safety for players and spectators.

‘I understand the safety precaution reason but I probably shouldn’t have said anything,’ said DeChambeau. ‘I won’t ever say any lines that I am taking any more. 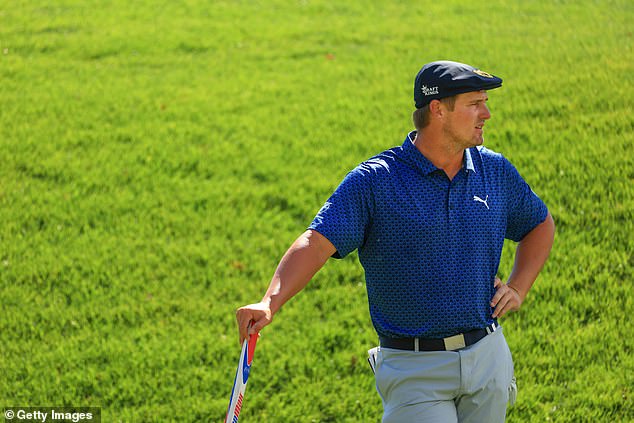 ‘I’m going to keep myself a little quiet next time for lines that I am going to try to obtain.’

The tour certainly made themselves look like killjoys given the way DeChambeau ended up playing the hole.

Bye bye excitement, as he kept the driver sheathed and played the hole like all the plodders, striking a four iron off the tee followed by an eight iron before two putting for par in each of the first two rounds. That’s why he’s now the biggest draw in the game, isn’t it?

Actually, if you want to know how good a golfer he is these days, this round was a perfect example.

We know he’s irresistible when everything’s working but — dare one say it — how about when he’s only got his C game? 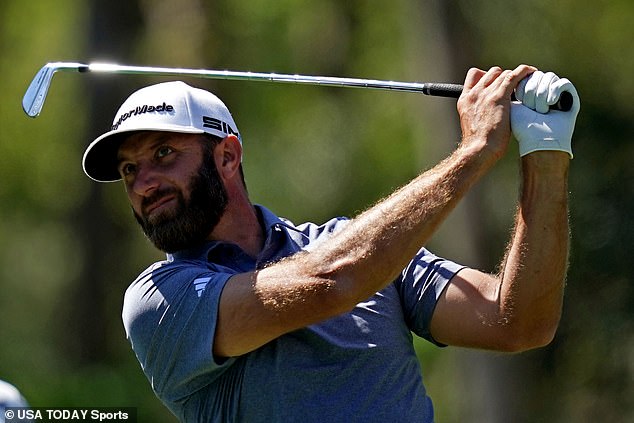 On the 10th, his opening hole, a wild tee shot set the tone and was followed by an approach through the back, two chips, and two putts for his double.

From that point on, DeChambeau gave a textbook example of how to make the most of a mediocre ball-striking day.

Instead of bombs with the driver, we got to admire his fine wedge play and absurdly underrated short game. If you think he’s little more than a long-driving freak show, consider his lofty position on the leaderboard despite finishing his round in 77th place in strokes gained off the tee.

This was his ninth round in a row of par or better, as he builds up for another tilt at the Masters next month.

No disrespect to 63-year-old Bernhard Langer, but he won’t be repeating his startling feat last November and beating DeChambeau this time.

Alongside the US Open champion was world No 1 and current green jacket holder Dustin Johnson — who looked in the mood to make a statement when he played his front nine in four under, following his mediocre 73 on Thursday.

He cooled off thereafter for a 70, to finish five behind the man they all have to beat this weekend.

March 12, 2021 Golf Comments Off on Bryson DeChambeau shows all his skills to remain in contention
NFL News