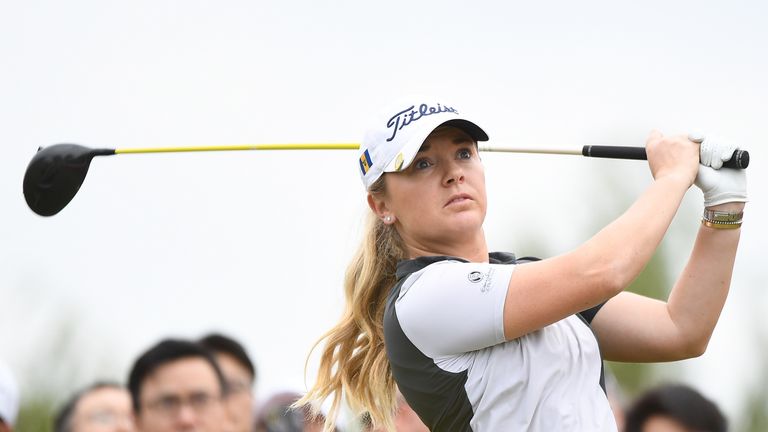 English duo Bronte Law and Jodi Ewart Shadoff remain in the hunt for their maiden LPGA Tour title heading in to the final round of the Swinging Skirts LPGA Taiwan Championship.

The pair are in the group of five players sitting two off the pace at Ta Shee Golf and Country Club, where Nelly Korda and Wei Ling Hsu share the advantage on nine under.

Home favourite Hsu lote her overnight outright lead after following rounds of 68 and 67 with a level-par 72, while Korda birdied two of her final five holes to join her in top spot.

“I think I’ll definitely be a little nervous,” Korda said of Sunday’s round. “Anyone who is in contention on a Sunday will obviously feel those types of feelings. But I’ll also be excited and just happy to be in that position.”

Ewart Shadoff birdied two of her opening six holes but bogeyed the eighth and double-bogeyed the 11th to card a one-over 73, while Law moved up the leaderboard with a three-under 69.

Former world No 1 Lydia Ko, Megan Khang and Jin Young Ko are also tied-third alongside the English pair, with Annie Park a further stroke back on six under after a third consecutive round of 70.

Watch coverage of the final round of the Swinging Skirts LPGA Taiwan Championship on Sunday from 8am on Sky Sports Golf.