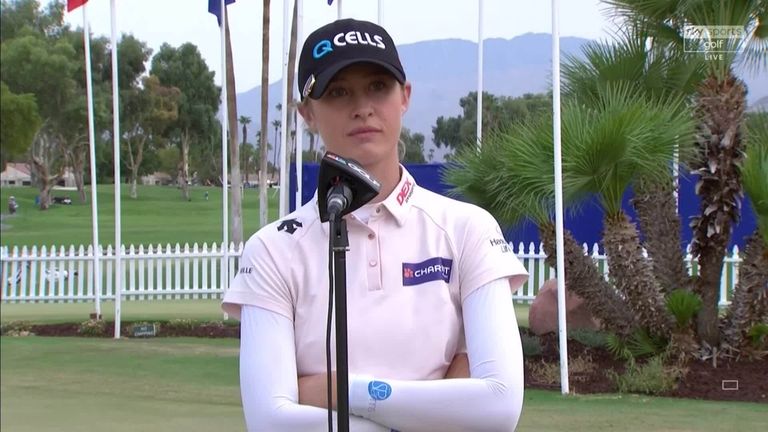 Nelly Korda birdied two of her last three holes to grab a one-shot lead at the ANA Inspiration, as Georgia Hall and Mel Reid made impressive starts.

Korda mixed seven birdies with a sole bogey in hot and humid conditions at the Mission Hills Country Club, with a six-under 66 seeing her top of the leaderboard ahead of Korea’s In Gee Chun and Sweden’s Madelene Sagstrom.

World No 2 Danielle Kang and Brooke Henderson are in the group of five players sitting two off the pace, while Hall carded a blemish-free 69 and Reid also got to three under. 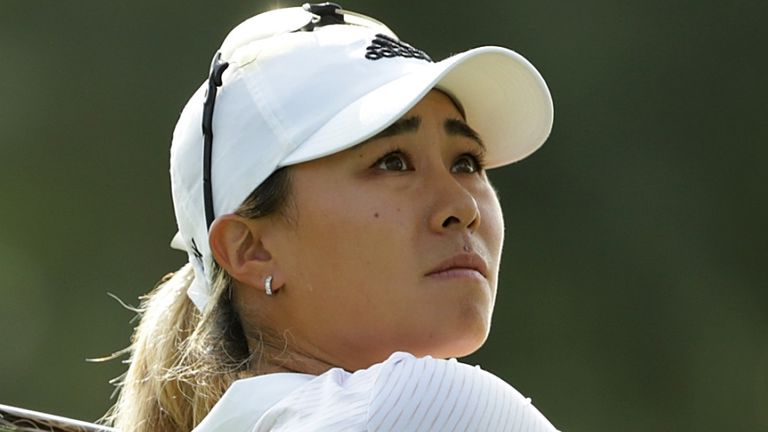 “I’m really happy with how I played,” Hall said. “I got the pace of the greens really well from the start, which I was very happy about, and managed to hole some good putts.”

Korda birdied two of her opening three holes and cancelled out a blemish at the fourth by picking up shots at the seventh and ninth to turn in 33, before splashing out of the sand to set up a tap-in at the 11th.

The world No 3 converted from 10 feet at the 16th to move into a share of the lead before claiming the outright advantage at the last, where Korda pitched to three feet and rolled in a closing birdie.

“For me, there’s still three more days to play,” Korda said. “There’s so much golf out there. You never know what’s going to happen and if I just string together another couple good rounds, then we’ll see where it goes.”

Chun also got to six under but carded a penultimate-hole bogey, while Sagstrom posted three birdies in a four-hole stretch from the 11th and bounced back from a dropped shot at the 16th to take advantage of the par-five last to also sit within one of the lead. 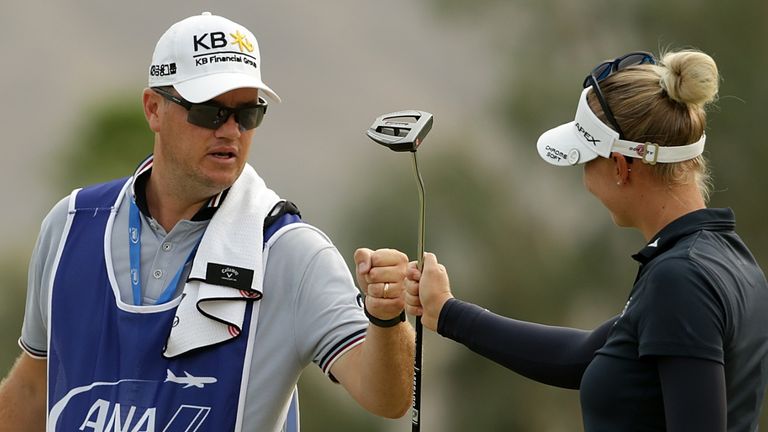 Lincicome recovered from an opening-hole bogey to post a four-under 68 and Kang matched her total despite making seven birdies in her round, with Nanna Koerstz Madsen, Yu Liu and Kelly Tan also in tied-fourth.