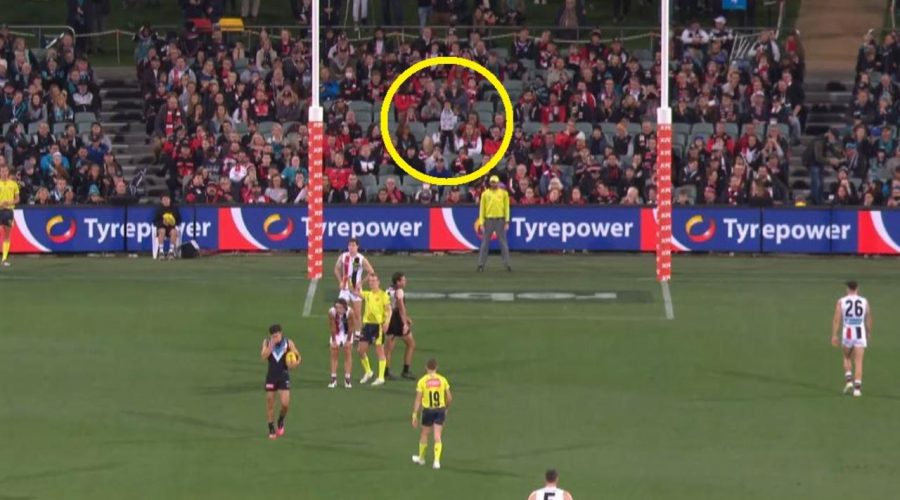 A bit of marking practice will be on the agenda for this youngster after he copped a 40m kick from Port star Conor Rozee flush in the face.

The young Power fan was hoisted high in the air in an attempt to grab hold of Rozee’s set shot as it sailed through the goals during the fourth quarter of Port’s 54-point win at Adelaide Oval on Sunday.

The young fan was up in position before Rozee even began his run up.Source:FOX SPORTS

But his hands failed him and he ended up enduring one of the most unfortunate falcons of season 2021.

Members of the crowd near a man who filmed the moment from the hill felt the kid’s pain as his head snapped backwards.

It was Rozee’s second major of the match and he was made to it earn it too as St Kilda defender Ben Long clocked him in the head as he ran back with the flight and took the mark directly in front of goal.

Port moved into outright third on the ladder with the comfortable win, which left the Saints stranded in 16th.

April 26, 2021 eSports Comments Off on Young AFL fan cops a footy in the face from Port Adelaide star
NFL News