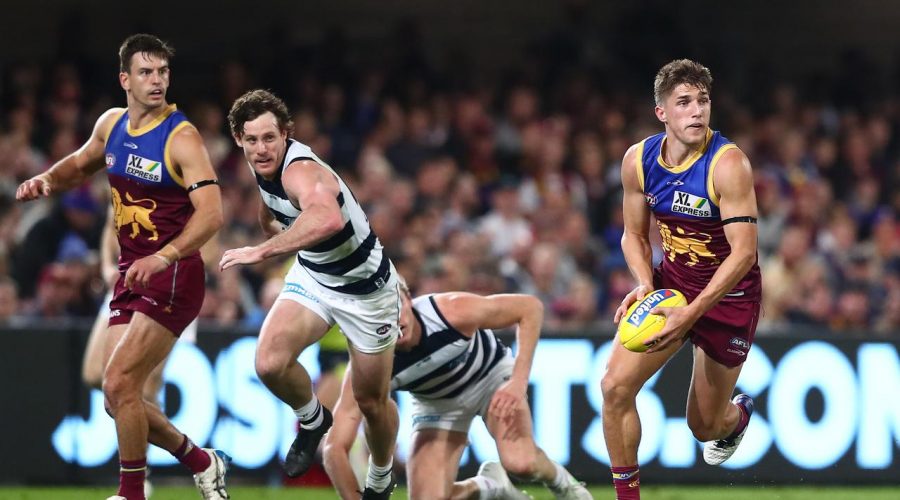 The Lions have been forced to flee Brisbane to ensure its game against Adelaide this weekend goes ahead after Queensland premier Annastacia Palaszczuk revealed on Monday the state was “on the verge” of lockdown.

The AFL told coach Chris Fagan and his troops to pack their bags and jump on a plane to get ahead of any potential restrictions being thrust upon the Sunshine State as Australia remains on edge over a surge in Covid-19 cases.

The Lions will reportedly fly to Melbourne this afternoon, before jetting onwards to Adelaide for their clash against the Crows on Saturday.

SEN’s Sam Edmund reports the Suns are also leaving Queensland, which would require a change to this weekend’s fixture. AFL.com.au reports Melbourne’s Marvel Stadium would be an option to host the match.

The Suns are scheduled to play Richmond at home on the Gold Coast but that will be altered if Stuart Dew’s men are indeed forced to relocate.

South Australia has closed the border to Queensland after four new coronavirus cases were announced, which is why the Lions are first flying to Melbourne before continuing to South Australia.

Speaking on Fox Footy’s On The Couch on Monday night, Herald Sun reporter Jon Ralph said: “Moving Brisbane to Melbourne helps smooth the path to Adelaide, but the AFL says it’s also about getting ahead of a potential lockdown.

“The Lions have no idea if they’re coming down to Melbourne to stay there, or if they’ll be able to get back to Brisbane after that clash against Adelaide.”

The Lions don’t know how long they’ll be away for.Source:Getty Images

A positive Covid-19 case in Western Australia has sent the Perth and Peel regions into a four-day lockdown, but the AFL has not yet announced whether that will have repercussions for West Coast and Fremantle.

The Dockers are due to play Carlton in Perth on Saturday night, while the Eagles are set to play the Swans in Geelong.

The Eagles lost to the Western Bulldogs on Sunday and had to play in an empty home stadium after new restrictions were implemented hours before the opening bounce.

The AFL is considering revising this weekend’s fixtures, depending on what Covid-19 updates are announced during the week.

AFL CEO Gillon McLachlan said earlier this year going into hubs — like teams did in 2020 — is a last resort.