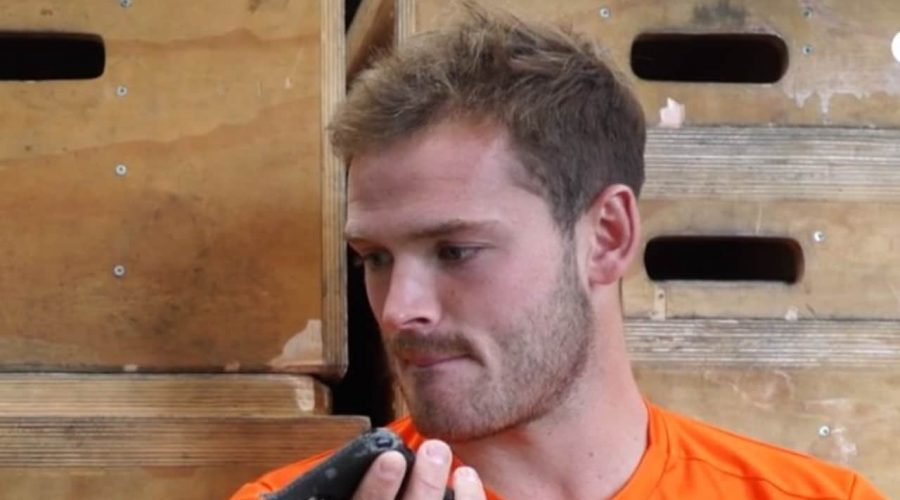 Debut reveals videos have quickly become a staple of sports media around the world, but some are more special than others.

The AFL has been no stranger to them with Isabella Grant’s reveal to her AFL legend dad Chris ahead of her AFLW debut earlier this season.

It’s one of many emotional moments captured by social media content producers across the league.

But are more special than others and GWS Giants debutant Matthew Flynn is one of the more emotional ones.

Flynn was the 41st pick of the 2015 Draft, with 1944 days between draft night and when he will make his debut on Sunday against St Kilda at GIANTS Stadium.

The 23-year-old Flynn and draftee Tanner Bruhn will make their debuts in the match with forward Jake Riccardi and Jesse Hogan set to miss the opening game of the season.

Poorly timed injuries had stood in his way of a debut in the past but despite tweaking an ankle two weeks ago, coach Leon Cameron told him he was in for the Giants.

So of course he called his parents and the Giants media staff were there to capture it for posterity.

Flynn when he was told in the team meeting.Source:Twitter

First up was his dad Graham.

After some pleasantries, he told him “I’ve just come out of a meeting, I’m playing this week.”

Both men’s voices started cracking in a beautiful moment.

“I just spoke to your sister before and she said when do you reckon we’ll know if he’s going to play or not,” Graham said. “I said, ‘it won’t be until Thursday’.

“What is that 1944 days Matt? It’s been a … mate, well done. Truth, it’s been a slog for you. It’s been great to see you’ve stuck with out mate because a lot of people would have given up.”

Matt said after he found out that “I can’t stop shaking.”

“I knew he’d would cry,” Matt said. “He doesn’t cry. I reckon I’ve seen him cry three times and one was when I was drafted so I knew he’d cry.”

Next he called up his mum Julie, who was teaching a class.

She answered saying “I’m just teaching, can you call me back in 10 minutes.”

Matt asked: “Do you have two seconds for me? I’m playing this week.”

It’s moments like these that show just how hard it is to crack the top grade and what not only the players but the families go through.

WARNING: this video may involve tears from the following people:
– Matt Flynn 😭
– His Mum 😭
– His Dad 😭
– The interviewer 😭#InLikeFlynn#BigBigSoundpic.twitter.com/YqF7YAYa61

Flynn grew up in Narrandera in southern NSW and has been part of the GIANTS Academy since he was 12 and was denied a debut in 2019 when he tore his ACL in a NEAFL match.

Flynn said the news was “surreal”.

Giants coach Leon Cameron was thrilled for the 23-year-old’s resilience to earn his place in the Giants first team.

“He walked into our footy club about 1940-odd days ago. It’s a wonderful story,” Cameron said.

“When we let the players know … there was a lot of emotion in the room because they know how hard Matty’s worked to get this opportunity.

“It puts a smile on my face.

“With AFL footy, it’s so hard, it’s brutal … ‘Flynny’ hasn’t had a lot of good luck over the last couple of years and he gets a great opportunity on Sunday.”

Imagine how happy Matt Flynn would be right now? Going into his sixth season on the @GWSGIANTS and about to make his debut. https://t.co/BU9DX3Ozpi