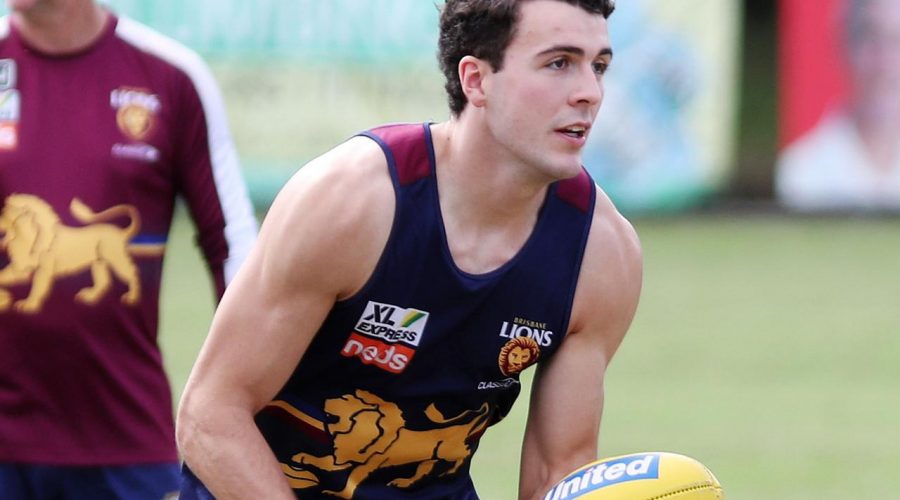 The importance of James Madden’s pace to Brisbane has been emphasised by the immediate return of the inexperienced Irishman to an in-form Lions side for Saturday night’s clash against St Kilda at Metricon Stadium.

But despite the Lions’ great depth in defence, coach Chris Fagan has wasted no time in recalling 21-year-old Madden for just his sixth AFL appearance.

And that’s despite the availability of experienced defender Ryan Lester, who will make his return from injury in the Lions’ VFL side this weekend.

“We like his speed in defence,” Fagan said of Madden.

“He can cover the quickest opposition players that (rival teams) can put up.

“He would have been in the team last week had he been right to play … we’re happy to have him back in the team.”

Fagan said the Lions were this season quicker in their use of the ball.

“People like him (Madden) have enhanced that process,” said the Lions mentor, who added that Madden would probably have played more last season if not for the implications of Covid-19.

“He got caught up in Ireland because he went back home for a while, so he had a pretty wretched year in terms of his development.

“He’s done a great job to be at the point where he is at the moment, and there’s still lot of improvement in him, which is the exciting part.”

Brownlow medallist Lachie Neale also makes a timely return from a calf injury, with Jarrod Berry unavailable because of his own calf problem.

“That’s obviously a bonus to have him (Neale) back in the team, so swings and roundabouts with our selection this week,” Fagan said.

“To have a change or two each week’s been actually good for us this year because we’ve developed a bit more depth within our list.

“I’m happy for that to continue as long as we don’t have a huge spate of injuries which could affect the confidence and ability of any team to win.”

Apart from maintaining their spot in the top four, the Lions have extra incentive to win on Saturday night – to ensure skipper Dayne Zorko has a 200th AFL appearance to remember.

“The one thing about Dayne is he’s a winner, and he wants to win all the time,” Fagan said.

“Hopefully, we can put in a good performance for him and celebrate with him afterwards. That’s no guarantee, but that’s what the aim is.”

July 9, 2021 eSports Comments Off on Lions have need for Irishman’s speed
NFL News