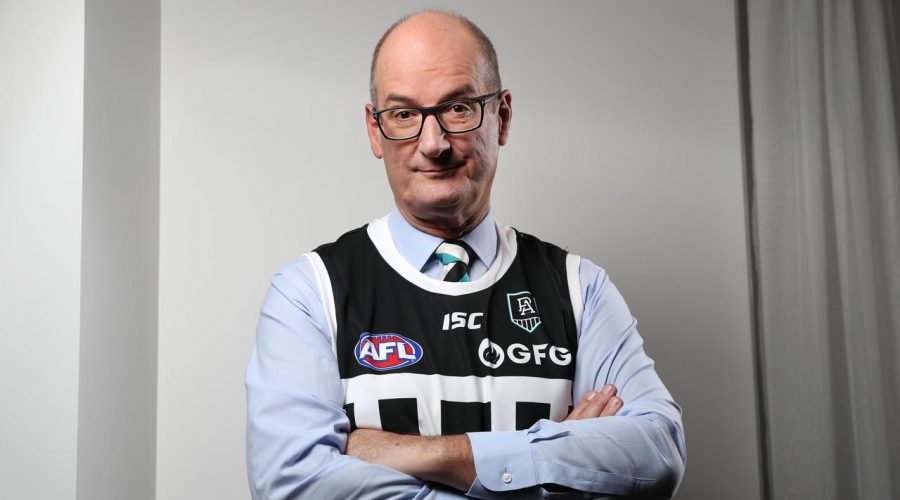 Port Adelaide chairman David Koch is unclear why the AFL is yet to confirm if the club can wear its famous black-and-white prison bar guernsey for Round 8’s Showdown.

The Power have previously worn the historic guernsey and went to the AFL asking if it could be worn in 2021.

But according to Koch, the club is yet to hear from league headquarters as to whether they will be allowed to wear it against Adelaide on May 8.

AFL: Speaking to media on Wednesday, Nathan Buckley has declared he wants to be coach of Collingwood beyond 2021….

AFL: Speaking to media on Wednesday, Nathan Buckley has declared he wants to be coach of Collingwood beyond 2021.

“Quite frankly it is ridiculous that we are still waiting for an answer. We first approached the AFL on this matter two years ago in the lead up to our 150th anniversary season. To think we are 10 days away from the Showdown and still waiting for a response is totally disrespectful to our fans and our club,” Koch said in a statement.

“The AFL own the intellectual property rights to all AFL clubs, and therefore this is a decision the AFL can make independently in representing what is in the best interests of the game and all clubs.”

The Port Adelaide guernsey has created controversy in the past.Source:Getty Images

Koch insisted the Power needed to have a solid answer given they haven’t seen any agreement that would preclude them from wearing it.

“I again ask that if such agreements exist, the AFL present them. We’ve been through all of the license agreements, our original AFL license and tender documents, and we can find no such agreement. Port Adelaide is willing to meet to find a solution to this matter and has been for the last two years, but no-one is prepared to join us at the table,” he said.

“We have the 2007 agreement that clearly states Port Adelaide can wear its heritage prison bar guernsey once a year in all home AFL Heritage Rounds, except against Collingwood. This agreement was co-signed by the AFL and Collingwood, which clearly indicates that both parties endorsed Port Adelaide wearing this heritage guernsey on a limited basis every year.

“We believe that our position is reasonable and in line with the agreement. This issue isn’t just about Port Adelaide. It is about the passion and connection that ALL fans have for their clubs.

“As I said a few weeks ago, this issue isn’t going away. It is too important to our people and our Club.”