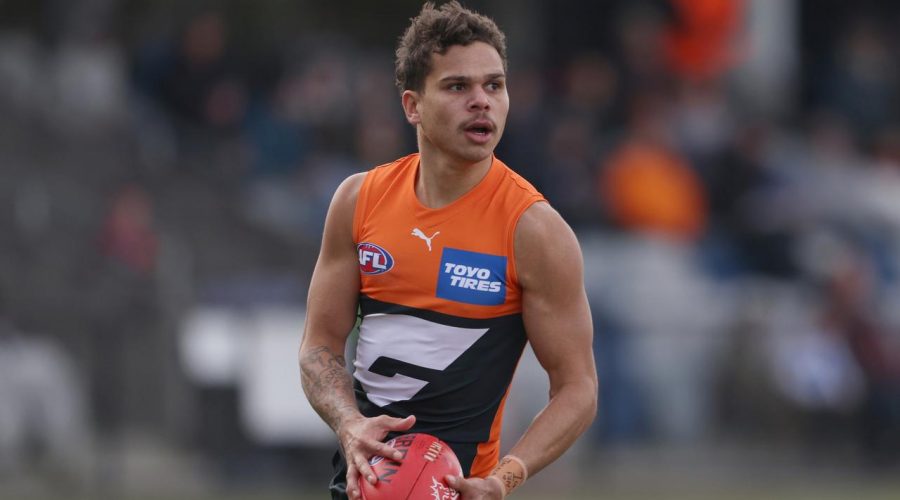 GWS forward Bobby Hill has become the first player to voluntarily exit his team’s AFL hub and has returned to Sydney to be with his pregnant partner.

Having spent a month apart after both the Giants and Swans were forced to flee Sydney, Hill made the family first decision in consultation with club officials and flew home on Monday morning.

It’s understood his partner is due to give birth to their first child in December.

Giants star Toby Greene was among several players and staff forced out of the team hub to spend 14 days in isolation after they unwittingly visited Covid hot spots in Melbourne when the team was staying in Victoria.

Families of both the Giants and Swans players have been unable to link-up as the AFL attempts to united them via a Queensland transition hub.

The Queensland government has given approval for families of NRL players to join them in the state on Wednesday.

Partners and children will head to the Gold Coast where they will quarantine for two weeks, before being reunited with the players, who are already in hubs in the state following the COVID-9 outbreaks in NSW and Victoria.

💬 “Bobby will return home with our full support and if the option becomes available for him to re-join the group then we’ll welcome him back as soon as we can.”

Hill would need to complete 14 days of quarantine should he want to re-join his teammates in Queensland with his partner, unless they are relocated again.

the 21-year-old had the club’s full support.

“As we know, the two Sydney clubs have faced plenty of challenges over the past few weeks and we appreciate the sacrifices our players and staff have made,” Giants football boss Jason McCartney said.

“Family comes first, so Bobby will return home now with our full support and if the option becomes available for him to rejoin the group, then we’ll welcome him back as soon as we can.”

It comes after Western Bulldogs midfielder Josh Dunkley was also forced in to 14-days quarantine after visiting a Covid hot-spot.