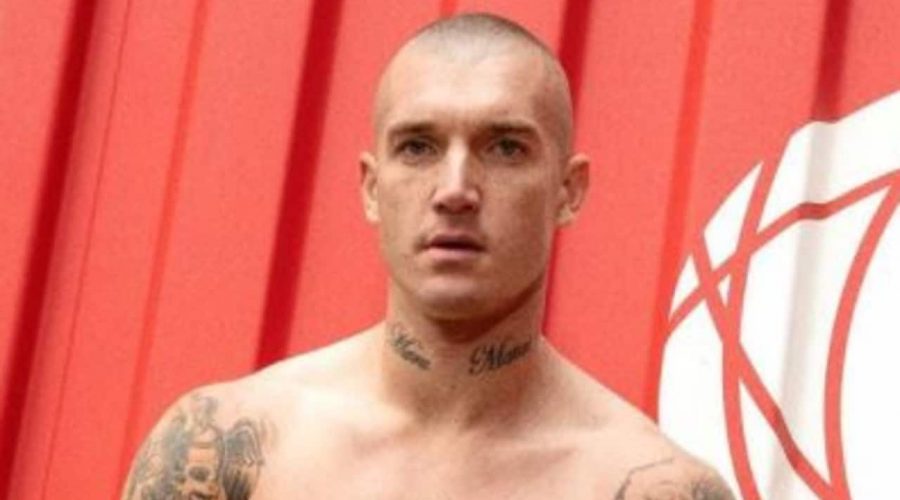 Richmond Tigers superstar Dustin Martin has sent fans into a frenzy after a series of snaps from a recent photoshoot circulated on social media.

The three-time Norm Smith Medallist works as a part-time model for Bonds, and one of his latest photos evoked a series of explicit comments on Instagram.

The heavily-tattooed Martin dons nothing but a set of white trunks in one particularly revealing snap, and fans couldn’t resist voicing their admiration — many comments were too crude to publish.

One user commented: “gonna make me act up dustin.”

Another wrote: “Dusty your packing heat!!!!”

In the other shots, Martin poses in a camouflage hoodie and a grey tracksuit.

Dustin Martin in a Bonds photoshoot.Source:Instagram

The 29-year-old will not feature in Friday evening’s AFL match against the undefeated Western Bulldogs after he suffered a concussion during Richmond’s round six loss to Melbourne.

Under the AFL’s newly-introduced “return to play” protocols, players are required to spend 12 days on the sidelines following a head knock.

Richmond is currently seventh on the AFL ladder after clinching three wins in six games.

However, neither party was willing to confirm they’re an item — Martin is notoriously private about his personal life, while Gomes didn’t want to elaborate.

Jessica Gomes has been linked with Dustin Martin.Source:Instagram

Meanwhile, Martin has been granted permission to travel overseas to visit his father in New Zealand, but the Tigers have been told he won’t receive any special treatment should he encounter any COVID-related border issues.

“He’ll go and see his dad, he hasn’t seen him for a long period of time,” Tigers coach Damien Hardwick said.

“He just happens to be overseas, that’s a little bit challenging in these COVID times – but we’ll always support our players.

“At the end of the day you can live your life in fear, or you can choose to live.”