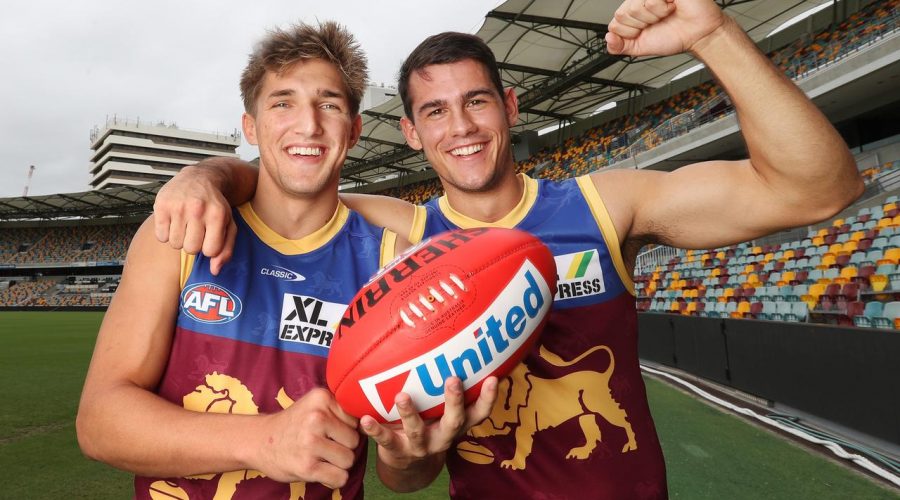 The 2017 draft has proven to be a gold mine for the Brisbane Lions who have this week locked down two of their most promising young players.

Speedy midfielder Zac Bailey and agile defender Brandon Starcevich have re-signed with the Lions until the end of the 2024 season as the club continues to plan for the future.

Both players were pick No.15 and pick No.18 respectively in the 2017 draft – the same year Brisbane secured the services of gun forward Cam Rayner (No.1 pick) and rising star Jack Payne.

It follows after the club has moved to hold on to their crop of young talent in recent weeks, having re-signed Hugh McCluggage and Oscar McInerney on similar three-year deals.

The Brisbane Lions have locked down young talents Zac Bailey and Brandon Starcevich with deals through to the end of the 2024 season.Source:News Corp Australia

During their chat with News Corp Australia with the club’s new ball sponsor United, Bailey said there was no hesitation in putting pen to paper to stay in Brisbane.

“We have such a good culture here and we really want to be here for the next three years” Bailey said.

“We’ve all got another pre-season under our belt.

“We’ve had a few young signings in recent weeks so we’re in a really good position to go all the way this year.”

The 2017 season was one to forget for the Lions, having finished the year with the wooden spoon, but the club has since transformed into true premiership contenders.

Brisbane went within one game of the historic 2020 Gabba Grand Final last year before being outmuscled by a more experienced Geelong side in the preliminary final.

Starcevich said he was confident the club could continue its rise to success.

“We’ve been part of the journey from pretty early on and we’ve come up the ladder in the last few years so it’s exciting to be part of that,” Starcevich said.

“We’ve got a pretty good list at the moment and there’s going to be some pretty exciting things to come.”