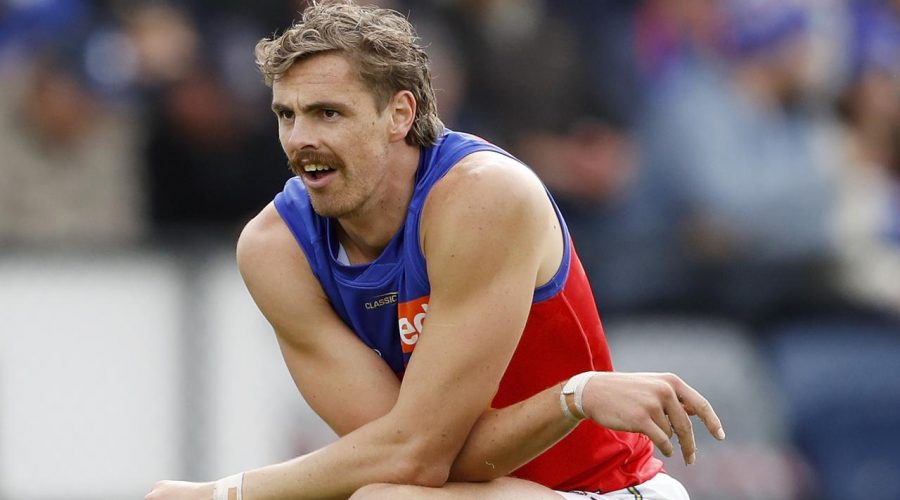 He didn’t outline exactly how he’d like it to happen, but Essendon coach Ben Rutten hopes his men enjoy Saturday’s encounter with Joe Daniher way more than the former Bomber hopes to.

Daniher, who crossed to the Brisbane Lions last season after a failed attempt to get to Sydney the year before, declared he hoped the showdown with his old team would be a “really enjoyable experience.”

Essendon have the opposite intention for their former best and fairest, although Rutten on Thursday was adamant Daniher was not occupying too much of his or his players’ thoughts.

“I hope it is enjoyable from our point of view because we get the four points. That’s what would make it enjoyable for us,” Rutten said.

“We faced it round two with Orazio (Fantasia) and Port Adelaide. He spent a lot of time here as well, but we are going to treat him (Daniher) as we do all the other Brisbane players.

“I haven’t sensed that (players looking forward to playing against Daniher), it’s just been a normal week for us.

“Potentially (there is an advantage for Essendon knowing how he plays), sometimes you can get a bit caught up in it as well. We haven’t spent too much time on it to be honest.

“We are going to have our hands full playing the Brisbane Lions.”

The Bombers lost that encounter with Fantasia and Port, lost it badly, and lost star players to injury too.

But a bounce-back win over St Kilda was followed by a narrow loss to unbeaten Sydney, painting the picture of a young team on the rise.

It’s that sort of upwards momentum that also leaves Rutten “comfortable” that midfielder Zach Merrett won’t follow Daniher out the door, with interest coming from several clubs, including Port, for the star on-baller who is out of contract at the end of this season.

Ahead of his first game against Essendon, Joe Daniher sat down with Luke Hodge to chat about his move to Brisbane, his mindset going in against the Don's and how he's handled the external pressure #Uncagedpic.twitter.com/TkylquYnt2

“We’re really comfortable with where Zach is at. What we are seeing on field from him is a great indication of where he is at,” Rutten said.

“He’s really engaged and committed and that’s all we can ask for at the moment.”

Mason Redman is almost certain to return for the clash at the Gabba, while Rutten is still pondering what to do in the ruck in the continued absence of big man Sam Draper.

Draftee Nik Cox was a pinch-hitter against the Swans, but Rutten doesn’t want that to become normal for the 200cm running machine.

“Coxy is a pretty unique player in terms of the positions he can play,” Rutten said.

“We want to keep stretching him and make sure he is improving and growing. But we don’t want to take away from his running game.”

Rutten wants his players to embrace the growing enthusiasm around the young Bombers, confident that their upward trajectory will only continue.

“It is certainly something we are trying to create at the club here as well, a real energy and some optimism and anticipation about what we can do,” Rutten said.

“We’re on a journey together, the guys have got a really clear idea of where we are heading as a group, and they are keen to get there as soon as we can.”