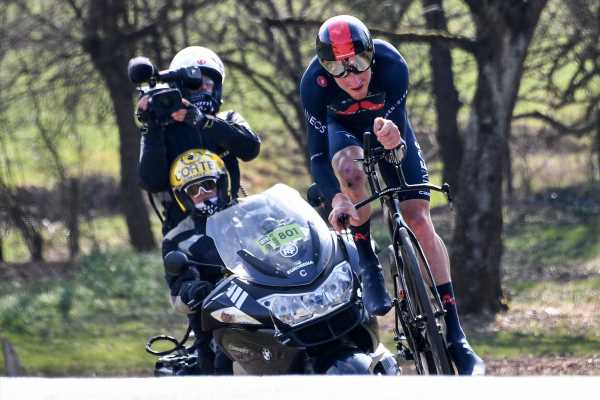 Tao Geoghegan Hart has abandoned Paris-Nice 2021 after a crash on stage four.

The reigning Giro d’Italia champion went down whilst descending on a fast hair-pin bend on the approach to the final climb of the day, injuring his head and his right wrist.

The Ineos Grenadiers rider initially continued but it was later confirmed that he was forced to abandon the race and had been taken to hospital for further assessment.

It has been an unlucky turn of events for Ineos Grenadiers, having already lost Australian rider Richie Porte on Sunday’s stage of Paris-Nice after a crash caused by a dropped bottle.

This is a tough blow to Geoghegan Hart, who is only competing in his second race since winning last year’s Giro.

Elsewhere, Jumbo Visma had another victory as Wout van Aert won the first stage of Tirreno-Adriatico after 156km that started and finished in Lido di Camaiore.

Brits Geraint Thomas and Bike Exchange’s Simon Yates will be competing in the week-long race.