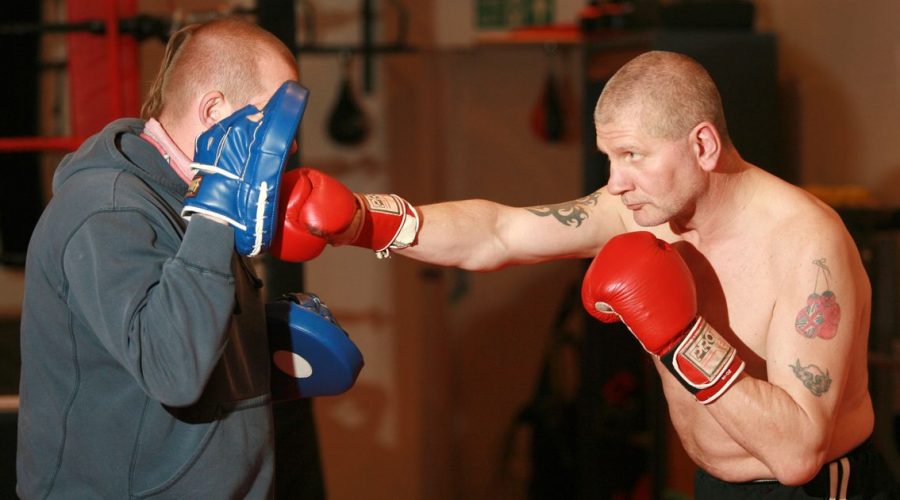 The world’s oldest professional boxer is planning to fight again in May – just three months before his 65th birthday.

Stephen Ward is already in the Guinness Book of Records already after he fought Andreas Sidon in July, 2017.

Now the grandad-of-three is now set to smash his own record after accepting a fight with Jimmy Lloyd next May – when he will be three months shy of 65.

Ward, who was the subject of the award-winning Champ of Champs documentary, said: “I’m in good nick and I’m still hungry, so why not ? I feel like a kid again. My wife (Louisa) backs me 100% and she will be walking me to the ring in her swimsuit – instead of the usual glitzy young girls.

“If I win, who knows, I might carry on and have one more before I have to retire at 65.
Louisa is 48 years old and works as a zumba teacher.

“When Louisa isn’t working, she will wake up in the morning and say something like: ‘Let’s go zorbing’ or maybe jet skiing or parachuting.

“It keeps you young.

“I feel like I’m still in my twenties. I did 90 miles on my bike the other day – and that’s not unusual. My fitness levels will be unreal when I get in the ring.

“Louisa does have her concerns about me boxing again, but she has confidence in me and she says: ‘If anything happens to you, I would rather it happens to you while you’re doing something you love’ – and that’s boxing.”

Lloyd himself will be 55 years old when the opening bell rings for a fight that will decide a veteran’s version of the world championship.

The fighter, who beat a 25-year-old in his last bout two years ago, said: “It would be great to think me and Steve could help get people in their fifties and sixties off their sofa and down the gym.

“I’ve got nothing bad to say about Steve. I have a lot of respect for him, but I’m going to do the business on the night.”

January 14, 2021 Boxing Comments Off on World’s oldest boxer, 64, is a grandad-of-three who will fight again this year
NFL News