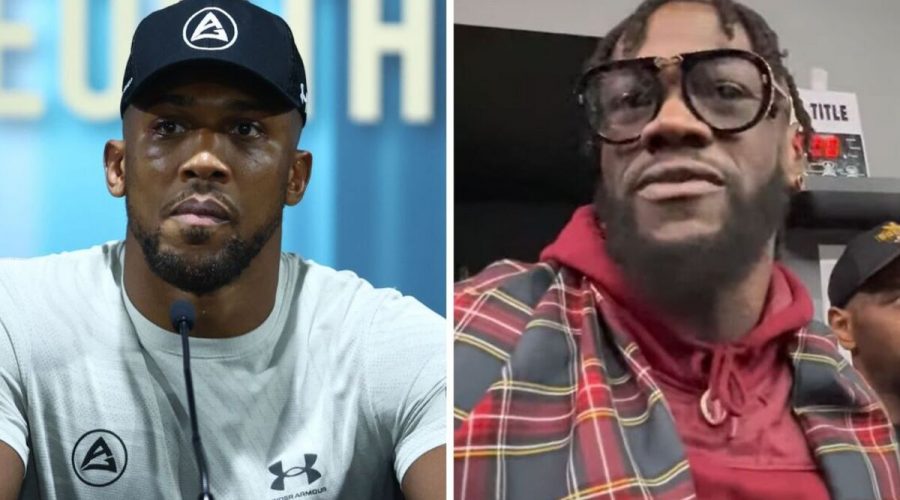 Deontay Wilder has accused Anthony Joshua of ducking him and has teased insider information to back up his claim. The Bronze Bomber believes the writing was on the wall after Joshua’s ‘fishy’ response to attempts to stage the blockbuster showdown back in 2018.

Five years ago, when both men were still world champions, Wilder’s representatives approached Joshua with a massive £40.5million ($50m) fight offer. However, Joshua turned down the contract after raising concerns about how the deal affected his long-standing partnerships.

Speaking to iFL TV at the time, he said: “So, let’s say that fifty million we talked about. Listen, it’s a hell of a lot of money and it was an honour to even have that number thrown at me! But then when you dissected it and what it actually it was, it was kind of like a rights fee – ‘We own you for this amount of money’.

“The issue I had was that I’ve got long-standing contracts in place with certain partnerships. So you may put that money forward and think that you own me 100% but you may only own 50% so that makes their 50% worth 25%. So, when you start getting into the intricacies of a contract and what the real value is, that’s when that starts taking place.

“So the $50m was unbelievable, it’s a great number, but there are things in place that don’t make that $50m worth it to the person paying it.”

Communication lines between both parties recently opened up again with AJ’s promoter Eddie Hearn and Wilder’s manager Shell Finkel touching base over email. Hearn is hopeful that a fight can be made at the back end of this year after clashes with Jermaine Franklin and Dillian Whyte.

Floyd Mayweather is ruining his legacy after UK fight announced

But Wilder is certain that Joshua won’t go along with Hearn’s plans. “Joshua don’t want the fight, that’s just plain and clear. I don’t know why people keep asking me about that. In my career, I’ve been nothing but straightforward, honest and truthful,” he told ES NEWS.

“I know people don’t like certain things I’ve said but I am who I am, I speak how I speak. I don’t go around the bush, either I like you or I don’t. So, when I tell you that [he didn’t take] the fifty million that was offered to him after he asked for it they should have known then that there was something fishy about it. But even moving forward Joshua doesn’t want to fight.

January 24, 2023 Boxing Comments Off on Wilder says ‘something fishy’ about AJ rejection as inside info teased
NFL News