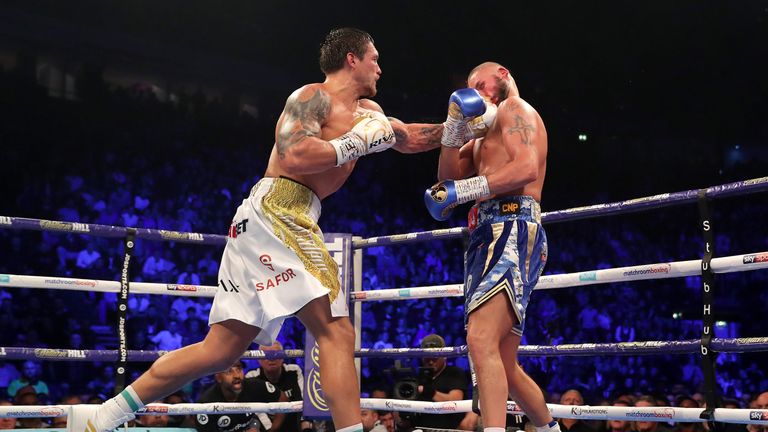 Tony Bellew was knocked out by Oleksandr Usyk in their battle for the undisputed world cruiserweight title on Saturday in Manchester.

Bellew was ahead on two of the three scorecards against the pound-for-pound supremo but Usyk won the fight with a brutal left hand in the eighth round that sent his challenger flying backwards.

Bellew fell backwards into the ropes and, before he got up, referee Terry O’Connor called a dramatic halt to the fight.

The brilliant Usyk, the first-ever holder of the IBF, WBA, WBC and WBO cruiserweight belts, completed a sixth victory in a world title fight in the home country of an opponent. 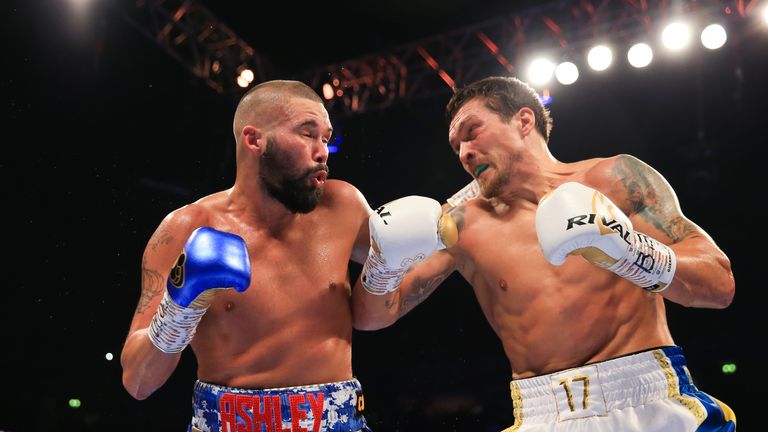 Bellew, who won a fairy-tale fight for the WBC title two years ago at Goodison Park, was competing for the 38th and final time.

Bellew’s left hand first found its target in the second round and, moments later, he shouted at Usyk to goad him into a brawl.

Usyk, in turn, nodded with approval when they exchanged shots causing the electric atmosphere to intensify.

They each landed a meaningful shot in the third but, by the end of the round, Bellew had settled into the brighter start.

Bellew landed a clubbing right in the fourth round then showboated by leaning on the ropes, but it was a period when Usyk found his range. The Ukrainian fighter had previously caught his opponent off balance. 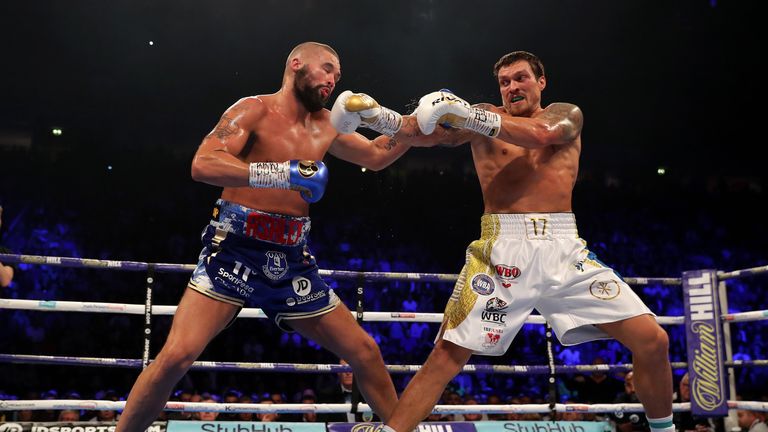 Usyk landed a stiff left hand over Bellew’s own punch in the fifth, the first time that his southpaw stance was clearly advantageous.

Usyk made Bellew briefly stagger with a looping left in the final second of the sixth, likely enough to pinch the round at a time when it was difficult to separate them on the scorecards.

A menacing smile protruded through Usyk’s guard as he crept forwards, forcing the pendulum to swing in his favour.

Bellew’s mouth was bloodied and he moving backwards in the eighth when Usyk crashed a vicious left hook into his jaw which concluded the bout. 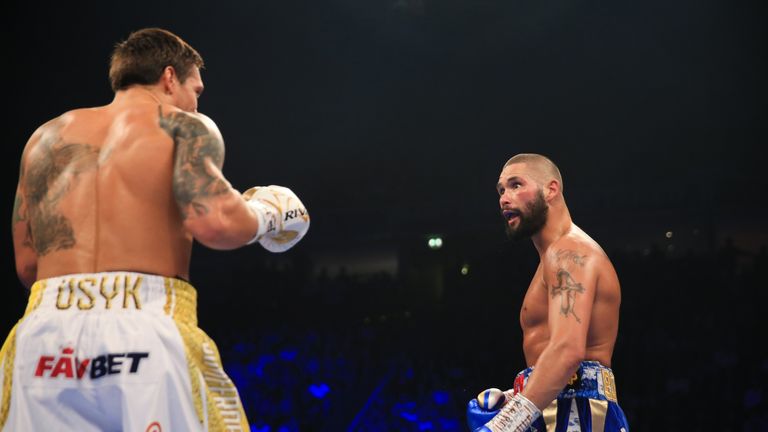 Usyk, an Olympic gold medal winner at London 2012, adds a 16th pro victory to an unbeaten record which already includes every major belt in his division plus the World Boxing Super Series tournament.

The Ukrainian’s remarkable run on away territory includes wins over Krzysztof Głowacki in Poland, Michael Hunter in the United States, Marco Huck in Germany, Mairis Breidis in Latvia and Murat Gassiev in Russia.

He has won three world title fights in 2018 and is next expected to challenge at heavyweight. 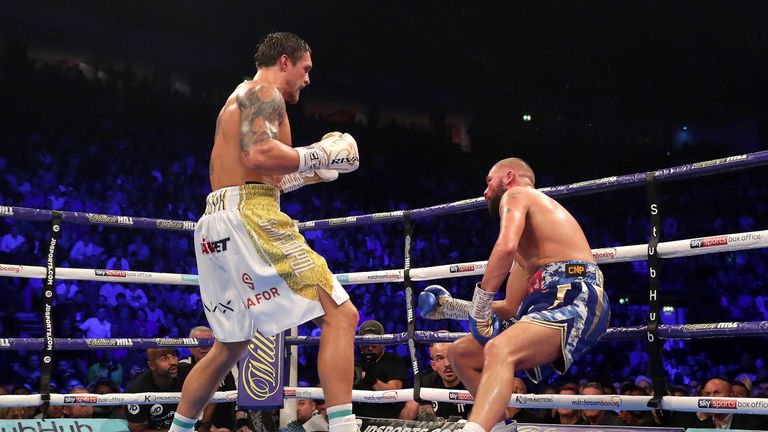